In 1986, Jim was approached by the head of IBM Europe who asked what sort of project Jim might like to do if “…money were no object.” Jim wrote up his general idea in a memo titled “Some Thoughts On An International Television Series.” Noting that, “Television is one of the greatest connectors around,” and that, “the world is an immense network of human relationships, and peace and the resolution of conflict can only come through greater awareness of our connections,” Jim continued, “I think it’s possible to change the world by reinforcing our inter-connectiveness, the spirit of one family of man, to the children of the world.” To that end, Jim and his team created a proposal for Muppet Voyager, a show featuring a group of aliens, with the action firmly rooted on our planet and with a production plan that mirrored the ambitious goals of the series.

Using his experience with the global audiences for Fraggle Rock and the strong web of relationships developed over the years through the international co-production and distribution of Henson programming, Jim felt it would be possible to create a series underlining the one-world concept. By taking the perspective of creatures looking at earth from the outside, viewers around the globe would be instilled with the idea that there are more similarities than differences among the inhabitants of the varied places of our world. To achieve this, Jim and his team proposed a series where each episode would feature the Muppet Voyagers visiting a different country and reporting back the customs and cultures to their home planet. Having last visited in the age of the dinosaurs, the Voyagers found much to share. Each episode was to be created as a co-production with a local production company and broadcaster, much like the international versions of Sesame Street. Muppet Voyager would require, as the proposal noted, “…a world-wide network of co-producers.” The Henson coordination and interior scenes shoots would be London-based, while the location sections would be shot in each participating country.

Jim and his team saw the Muppet Voyagers, led by Commander Horseflash, as an intergalactic documentary film crew, transmitting their findings back home at the end of each show. While they could see a difference between a human and a car, for example, they could not distinguish between different nationalities or races. Their experience and point of view would show that our planet is small and that, “We’re all in this together.” And as noted by the creative team in their pitch to IBM, even the production process would have demonstrated that we “…can work together to create positive international programming.” 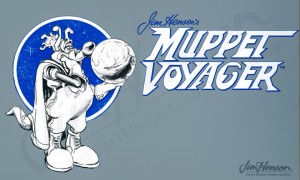 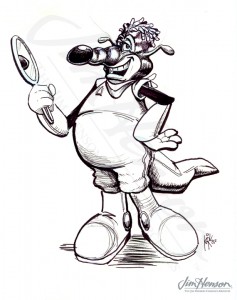 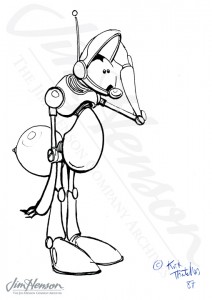