With Sesame Street’s production underway in 1969, Jim Henson decided to stop using his Muppet characters to advertise commercial products, instead choosing to have them focus on educating his young Sesame Street viewers. However, throughout the years of Sesame Street’s production, Jim occasionally allowed his Muppets to make appearances in commercials where he felt the situation and product was particularly appropriate. One such product was a soft drink called Mirinda, which was distributed internationally by PepsiCo and, at the time, not available in the United States. Jim agreed to produce commercials for Mirinda because the commercial viewing market was outside of the US. He felt that his young American viewers would not be confused in thinking that a furry monster-like Muppet was trying to sell them soft drinks.

Mirinda commercials featured a large green creature with a bright orange nose known as the “Mirinda Craver,” who would do almost anything to drink a Mirinda soda. Four different puppeteers operated the “Craver:” Louise Gold, a British Muppet Show cast member; Bob Payne, principal performer in the commercials who had appeared with Jim as far back as Sam and Friends; Dave Holman, a producer; and Faz Fazakas, known best for rigging mechanical devices to manipulate smaller puppets or puppet parts such as eyes. According to a 1975 production schedule, on October 30th, these puppeteers worked with the production staff to “Pre-light and shoot test for color and Muppet mobility” of the Craven puppet. Shooting tests were very important when working with Muppets because the color and texture of the puppets could look quite different on film as compared to how they looked in real life. In later shoots, the Craven puppet’s green fur deepened in order to more fully capture the color on film.

Between 1975 and 1978, Henson Associates, in collaboration with BBDO, a Madison Avenue advertising powerhouse representing the PepsiCo brand, produced over 20 commercials for Mirinda. Shooting took place in New York City, Madrid and Malaga in Spain, and Frankfurt, Germany. The Henson Associates’ Mirinda commercials aired in several countries, including Spain, Mexico, and West Germany. 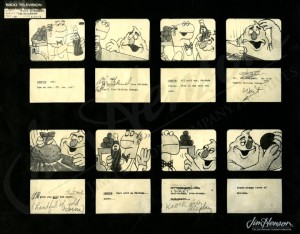 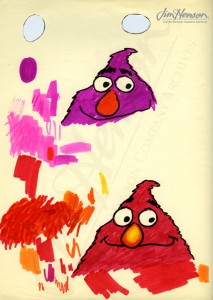 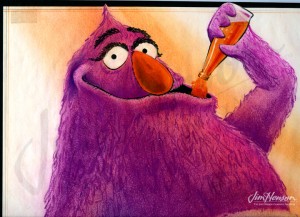 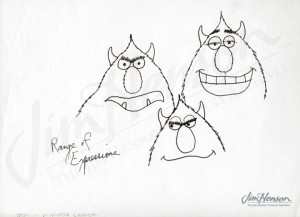 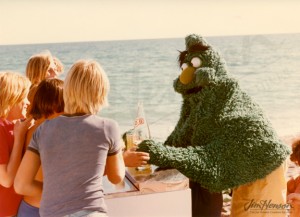