Jim met Bob Taylor, a Detroit-area illustrator and designer through the Michigan-based puppeteer Robert Elnicky who was working there on local television. Jim had been in Detroit in 1971 to make a gift to The Detroit Institute of Arts (home to an impressive puppetry collection which, since 1971, includes a Kermit the Frog) and that may have been the occasion for their first meeting. Sesame Street was starting its licensing program, and Children’s Television Workshop needed to be able to give their partners artwork to use on hang-tags and promotional materials, and serve as models for their toys and dolls. Jim naturally had an interest in how his characters would be represented and got deeply involved in the creation of “The Muppet Character Book,” the first style guide for Sesame Street which was completed in 1973. Through Jim, Bob Taylor was hired to do the artwork and they became friendly.

As work on the style guide was finishing up, Jim asked Taylor to design some monsters for him, perhaps thinking ahead to the Muppet Valentine Show which would tape at the end of the year. Taylor provided eight designs, including one he called “The Boogie Man.” Being a Dr. John fan, Taylor was inspired by the famous pianist whose distinctive look is evident in the design. Jim held on to Taylor’s artwork and when character development started on The Muppet Show: Sex & Violence pilot the following year, Jim and his art director Michael Frith referred to Taylor’s piece when creating the Electric Mayhem’s front man, Dr. Teeth.

Learn more about the puppetry collection at the Detroit Institute of Arts. 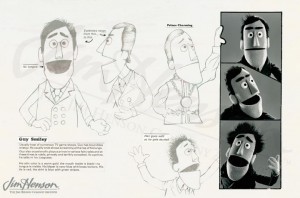 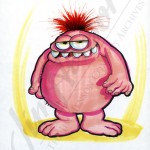 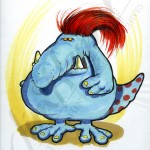 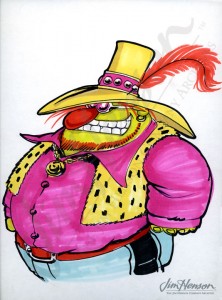 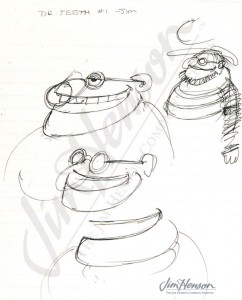 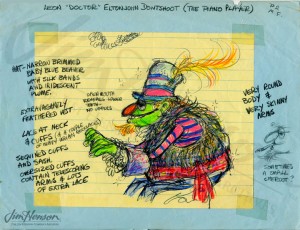