By 1975, Jim had been developing ideas for a live stage show for about four years. He filled a large accordion file until it bulged with drawings, script ideas, lists of concepts, and even a small acetate shadow puppet. Most were in his hand, but there were also contributions from Jerry Juhl, Dave Goelz, and others among the pages. One section held colorful polished images meant for presenting to potential backers. Jim worked with various collaborators into the 1980s on these ideas, but he did not ultimately get to produce his Broadway Show. The ideas, however, did not go to waste – many of the concepts for large or abstract puppets were put to good use on The Muppet Show and appeared in other forms in Jim’s fantasy films and special appearances. Here is a peek into that accordion file and Jim’s imagination: 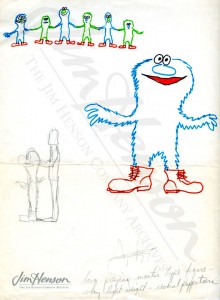 Jim’s sketch of puppets that became known as Clodhoppers on The Muppet Show, 1970s. 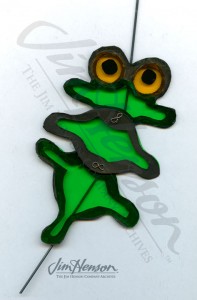 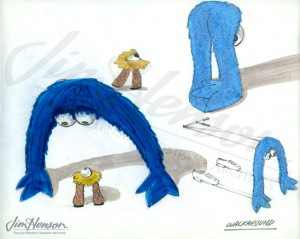 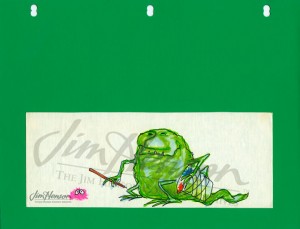 A page from Jim’s presentation book used to pitch his Broadway Show, 1970s. 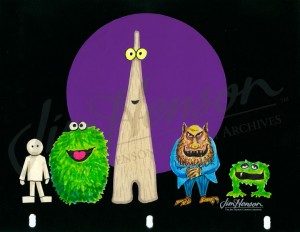 The finale of the Broadway Show as drawn by Jim for his presentation book, 1970s.