After several attempts to sell it, the 1966 script for Jim and Jerry Juhl’s surrealistic comedy The Cube seemed to be destined for a permanent home in the file cabinet. But when NBC aired Jim’s Youth ’68 as part of their Experiment in Television series in April of 1968, the audience and critical response was enthusiastic and spirited – and the network wanted more from Jim. At the end of the year, NBC gave him the go-ahead to produce The Cube for the following February. It would be a challenge; in less than eight weeks the show would be on the air.

With a potential Canadian television broadcast for the show and having had a good experience filming Hey Cinderella! in Toronto, Jim arranged to shoot The Cube with Glen-Warren Productions at the CFTO studio there. This meant lining up the technicians and hiring a mostly Canadian cast. The lead – The Man in The Cube – was to be played by Los Angeles actor Dick Schaal. Jerry Nelson, by now an essential performer on Jim’s team, was cast as the monk. Except for Jim and Jerry who played bit parts, the rest of the actors were all Ontario residents. NBC’s promotional department jumped into action and transformed Jerry’s notes and Jim’s logo design into a full-scale press kit, ready for distribution by the end of January. The set was simple and just one day was scheduled for its construction. Jim checked into his hotel on February 2nd to prepare to shoot from the 10th to 15th. Two days were planned for editing, and the final show was delivered to NBC on the 18th. Everything fell into place except for a minor costuming issue: “Due to the lack of suitable costumes of a specialized nature in Canada, namely two Gorilla costumes…,” production assistant Allan Chapman had to import them from the U.S. The import taxes, despite a request to the customs service for relief, were an unexpected addition to the production budget. On February 23rd at 4:30 PM, The Cube went on the air.

Clip from The Cube featuring Jerry Nelson as the Monk, 1969. 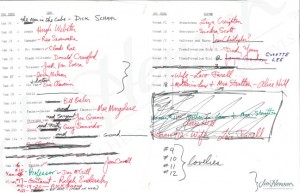 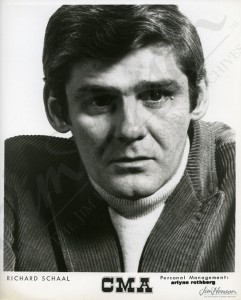 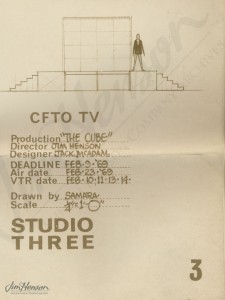 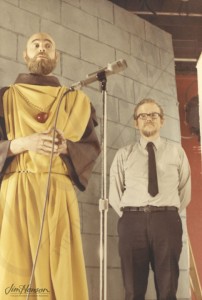 Jerry Nelson and Jerry Juhl on the set of The Cube, 1969.