In 1970, Jim began working with three song writers, Alan Scott, Marilyn Scott and Keith Textor. They composed and performed many of the tunes Jim used for his second counting film series made for Sesame Street. Along with music for Number 5 and Number 11, Alan Scott wrote the lyrics for the charming Number 2 film featuring two little girls with dolls and Cheryl Henson’s doll house. That vocal track was recorded by Juli Christman who would record “Hold Me” for a Textor and Friends album around the same time.

Jim’s 1973 lunch with Scott and Textor was to discuss The Muppet Valentine Show. While the songs performed on the show, like “Real Live Girl” and “Froggy Went A Courtin’,” were existing compositions, Keith Textor arranged and conducted and Alan Scott acted as overall coordinator for the music.

Between these two projects, Jim and Alan Scott had another idea to explore together, one that was very important to Jim. When Jim was a student at the University of Maryland in 1954, he took a puppet class (where he met his wife Jane). Given his obvious talent, Jim took the lead on the group project, adapting James Thurber’s 1950 fairy tale, The 13 Clocks, as a puppet production. In the decades that followed, Jim sought ways to put Thurber’s tale of good versus evil on the screen. In 1971, he asked Harry Urland at William Morris to look into the rights situation and learned that Warner Bros. held them but that their agreement expired the following year. Encouraged, Jim discussed the project with Alan Scott who wrote up a proposal for a musical version of The 13 Clocks to be produced as a television special by Henson Associates. Jim did not pursue the project further with Scott, but over the next few years, Jim included The 13 Clocks in a compilation of “Muppet Film” ideas he was pitching that also included “The Velveteen Rabbit” and a few original stories, “The Life and Times of Zeet,” “David’s Monsters” and “The Great American Western.”

Learn more about the Number 2 film with music by Scott, Scott and Textor. 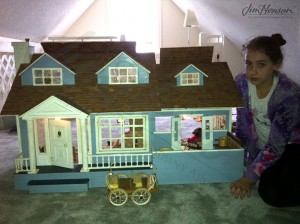 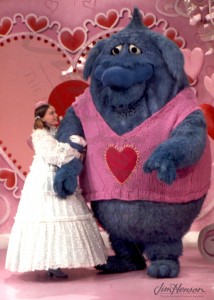 Thog and Mia Farrow sing together in The Muppet Valentine Show, 1974. 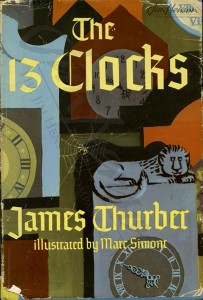 Jim’s copy of The 13 Clocks by James Thurber.