Shooting on Labyrinth finished September 6th, 1985 and along with putting the film into its final form, Jim spent the next six months overseeing the production of Little Muppet Monsters, checking in on Muppet Babies, producing a special celebrating 30 years of the Muppets and then another about a bunny picnic, and performing on Fraggle Rock. The end of the year and start of the next involved close attention to the sound of the film – re-recording some of the dialogue and mixing the audio and working with Digital Productions on the owl for the opening credits. It was time to let an audience preview the film, and Jim went out to his co-producer George Lucas’s home turf, San Francisco, for a screening. 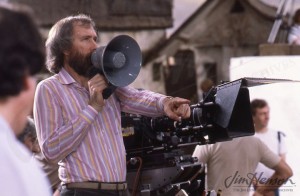 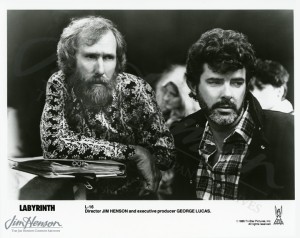