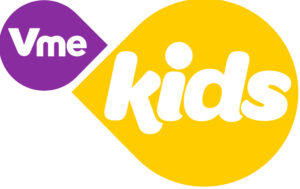 With this new agreement, the network welcomes little ones to meet the new puppet in
kindergarten, five-year-old Opie, on his social, emotional and intellectual escapades, and
share his lessons of personal growth during “Hi Opie!” “Doozers,” based on the beloved
characters from Fraggle Rock, focuses on a team of best friends – the Pod Squad – who
live in an innovative, imaginative, and ecofriendly community. This animated program
fosters STEAM (science, technology, engineering, art and math) learning by
encouraging the exploration of engineering, design thinking, creative expression and
problem solving.

“Teaming up with the iconic Jim Henson Company is an exciting new venture for us at
Vme Kids,” said Doris Vogelmann, Vme TV’s vice-president of programming. “Our
channel prides itself in working with this world-renowned entertainment company that is
truly an innovator and has been making strides in children’s entertainment for more than
50 years.”

“Both ‘Hi Opie!’ and ‘Doozers’ align well with Vme Kids’ focus on sparking a child’s
curiosity and enthusiasm for learning at an early age,” said Richard Goldsmith,
Executive Vice President of Global Distribution and International Consumer Products at
The Jim Henson Company. “Vme Kids is committed to providing engaging educational
content for its youngest audiences and that makes it the perfect channel to introduce our
friendly kindergartener Opie as well as the Pod Squad from Doozer Creek to the
Hispanic preschool audience in the U.S.”
Vme Kids, Vme TV’s sister station, provides 24/7 children’s programming that is not only
educational and entertaining, but also enriching for its younger audiences. The network
partners with leading production and animation companies, such as The Jim Henson
Company, to offer parents content that will provide a unique and enlightening viewing
experience for their preschool children, creating the framework for future learning and
understanding.

About The Jim Henson Company:

The Jim Henson Company has remained an established leader in family entertainment
for over 50 years and is recognized worldwide as an innovator in puppetry, animatronics
and digital animation. Best known as creators of the world famous Muppets, Henson has
received over 50 Emmy Awards and nine Grammy Awards. Recent credits include the
Emmy®-nominated Sid the Science Kid, Dinosaur Train, and Pajanimals, as well as the
CG-animated preschool series Doozers. Features include Alexander and the Terrible,
Horrible, No Good, Very Bad Day, as well as The Dark Crystal, Labyrinth, and
MirrorMask. Television productions include Fraggle Rock, the sci-fi cult series Farscape,
the reality competition, Jim Henson’s Creature Shop Challenge, and Henson
Alternative’s No, You Shut Up! currently airing on Fusion.
With additional locations in New York and London, The Jim Henson Company is
headquartered in Los Angeles on the historic Charlie Chaplin lot, complete with
soundstage and postproduction facilities. The Company is home to Jim Henson’s
Creature Shop™, a pre-eminent character-building and visual effects group with
international film, television, theme park and advertising clients, as well as Henson
Recording Studios, one of the music industry’s top recording facilities known for its
world-class blend of state-of-the-art and vintage equipment. The Company’s Henson
Alternative brand is currently touring Puppet-Up! – Uncensored, a live puppet
improvisational show.

DHX Media Ltd. (www.dhxmedia.com), a key player internationally in the creation of
content for families and children, is recognized globally for such brands as Yo Gabba
Gabba!, Caillou, Teletubbies, In the Night Garden, Inspector Gadget, Johnny Test,
Slugterra and the multi-award winning Degrassi franchise. DHX Media Ltd. is the owner
of Family Channel, the most-viewed children’s television channel in Canada, as well as
the channels Disney Junior (English & French) and Disney XD in Canada. The Company
markets and distributes its library of more than 11,000 half-hours of entertainment
programming worldwide, and licenses its owned properties through its dedicated
consumer products business. DHX Media Ltd.’s full-service international licensing
agency, Copyright Promotions Licensing Group Ltd. (CPLG), represents numerous
entertainment, sport and design brands. DHX Media Ltd. has offices in Toronto,
Vancouver, Halifax, Los Angeles, London, Paris, Barcelona, Milan, Munich and
Amsterdam, and is listed on the Toronto Stock Exchange under the ticker symbols
DHX.A and DHX.B.

marblemedia develops, produces and distributes engaging multiplatform entertainment
experiences for audiences around the world. With nearly 250 hours of programming
distributed in more than 200 territories, marblemedia has been honoured by Playback
Magazine with the 2013 Outstanding Achievement Award, in addition to being named
Transmedia Producer of the Year (2011) by the publication. marble has won a Canadian
Screen Award, two Gemini Awards, been nominated for an Emmy® Award and was
identified as a Next Generation Content Producer (2009) by The Hollywood Reporter.
The company owns a 50-acre production ranch, operates a Toronto-based studio, home
to 50 staff, and an L.A. office. The company was co-founded by Mark Bishop and Matt
Hornburg in 2001.