Company Offers Fun Ways to Celebrate Throughout the Month of September 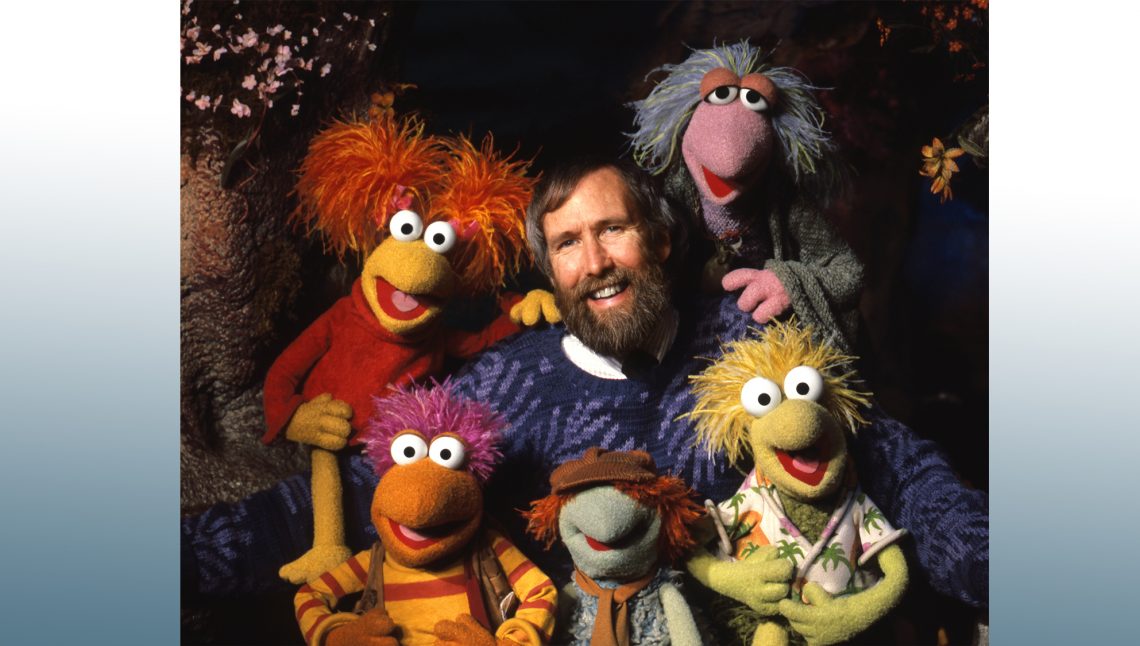 Hollywood, CA  (September 7, 2021) – This September, fans around the world, and across social media, will honor the 85th birthday of innovative and inspiring puppeteer, director, and producer Jim Henson (b.9/24/1936). Founded by Jim and Jane Henson in 1955, The Jim Henson Company, continuing its legacy with projects like The Dark Crystal: Age of Resistance, Dinosaur Train, Word Party, and the upcoming Fraggle Rock reboot, is sharing lots of ways to celebrate through partnerships and social media (#JimHensonBirthday).

NOOK by Barnes & Noble Features an eBook for Everyone

Barnes & Noble is offering a wide collection of eBooks like Jim Henson’s classic Fraggle Rock, as well as contemporary titles including Dinosaur Train, Word Party, Sid the Science Kid, and many more through its Free NOOK Reading Apps (iOS and Android) and NOOK Tablets. Preorder now and save with special limited-time only pricing. Visit here to start exploring.

Sony has released a new 4K Ultra HD limited edition of Jim Henson’s fantasy classic Labyrinth, featuring extras including audition footage for the role of Sarah, and never before seen deleted & alternate scenes. Fathom Events is celebrating the 35th anniversary of the film and Henson’s birthday with in-theater screenings on September 12, 13 and 15th. Get your tickets here. Order your collectible 4K Ultra HD here.

Your commute in Outer Space is an amazing adventure when Red is your co-pilot on Waze! Silly Creatures will be able to customize their vehicles to look like Doozer trucks and hear Red Fraggle give directions during their journey. Download Waze to activate the experience on September 14th.

Kanopy, the company dedicated to providing access to high-quality films that inspire, entertain, and educate, features Jim Henson’s Oscar-nominated short film “Timepiece” as well as the popular behind-the-scenes special “Henson’s Place” along with the more recent fantasy MirrorMask and several preschool titles, including Pajanimals, Wubbulous World of Dr. Seuss, and The Animal Show with Stinky and Jake. Learn more here.

Insight Editions is releasing the long-awaited book Fraggle Rock: The Ultimate Visual History with lots of exclusive images and stories from the original series, and a foreword from uber-fan Neil Patrick Harris. (Available for pre-order now; in stores on September 28.)

In London, English Heritage bestowed one of its iconic blue plaques – which link people of the past with buildings of the present – on Jim Henson’s UK home on September 7th. Learn more here.

Jim Henson, a television pioneer, an innovator in puppetry, technology and visual arts, and a performer, invented unique worlds and characters that remain just as vivid, original, and fresh today as when they were created.

Born September 24, 1936, Jim spent his early years in Leland, MS and then later moved to Maryland. There, he experimented with a variety of artistic techniques that led him to the newest visual media, television. In 1954, while still in high school, Jim began his television career performing puppets on a local Washington, DC Saturday morning program. The following year, as a freshman at the University of Maryland, he was given his own twice-daily, five-minute show, Sam and Friends, on the local NBC affiliate where, along with fellow student and future wife, Jane Nebel, he introduced many Muppet mainstays – music, irreverent humor, innovative technical tricks, and the world’s most famous frog, Kermit.

The success of Sam and Friends led to guest appearances on shows like The Steve Allen Show, The Jack Paar Show and Today. Jim also made hundreds of humorous commercials for sponsors across the country. The demands of national television appearances brought Jim and his family to New York in 1963. Between 1964 and 1969, he produced several experimental films including the award-winning Time Piece, Youth ’68, and The Cube.

In the late 1960s, Jim was asked to create the family of characters – Ernie and Bert, Oscar the Grouch, Grover, Cookie Monster, and of course the 8-foot-2 Big Bird, along with many more – that populate the ground-breaking educational children’s television show Sesame Street. Jim also produced more than two dozen live action and animated shorts that are still teaching children how to count, learn the alphabet and master other educational concepts.

Jim strongly believed his characters could entertain a much wider family audience and in 1975 production began in London on The Muppet Show, introducing the world to characters such as Miss Piggy, Fozzie Bear Animal, and The Great Gonzo. The success of The Muppet Show naturally led to Hollywood, where the Muppets starred in multiple feature films.

During the 1980s, Jim also brought two fantasy films to the big screen, The Dark Crystal and Labyrinth, phenomenal films that showcase puppetry and animatronics, and brought together the multi-talented staff that formed the basis for the award-winning Jim Henson’s Creature Shop.

Throughout the 1980’s, Jim created memorable television series and specials including Fraggle Rock, where Fraggles, Gorgs and Doozers sing songs celebrating friendship, diversity, and peace, and Jim Henson’s The Storyteller, an award-winning creature-filled series that conveys the metaphoric richness of ancient stories.

Jim’s last project was MuppetVision 3*D, a short multi-media film and interactive attraction, which he directed, and which currently runs at Disney’s Hollywood Studios theme park at the Walt Disney World Resort in Florida.

On May 16, 1990, after a brief illness, Jim Henson died in New York City. With his keen ability for drawing together a strong team of performers, artists, and collaborators who shared his vision and creativity, Jim ensured that his work and unique creative vision would endure. Through The Jim Henson Company, his legacy and new productions continue to captivate and entertain a global audience.

The Jim Henson Company has remained a leader in family entertainment for over 60 years and is recognized as an innovator in puppetry, animatronics, and digital animation. The Company is currently in production on the upcoming series Harriet the Spy and a reboot of Fraggle Rock, both for Apple TV+, as well as Guillermo Del Toro’s Pinocchio for Netflix and the feature film The Portable Door. Henson’s most recent television credits include Duff’s Happy Fun Bake Time for discovery+, Earth to Ned for Disney+, Fraggle Rock: Rock On! for Apple TV+, and the Emmy Award-winning Netflix Original series The Dark Crystal: Age of Resistance.