Based on Book from Rebecca Green 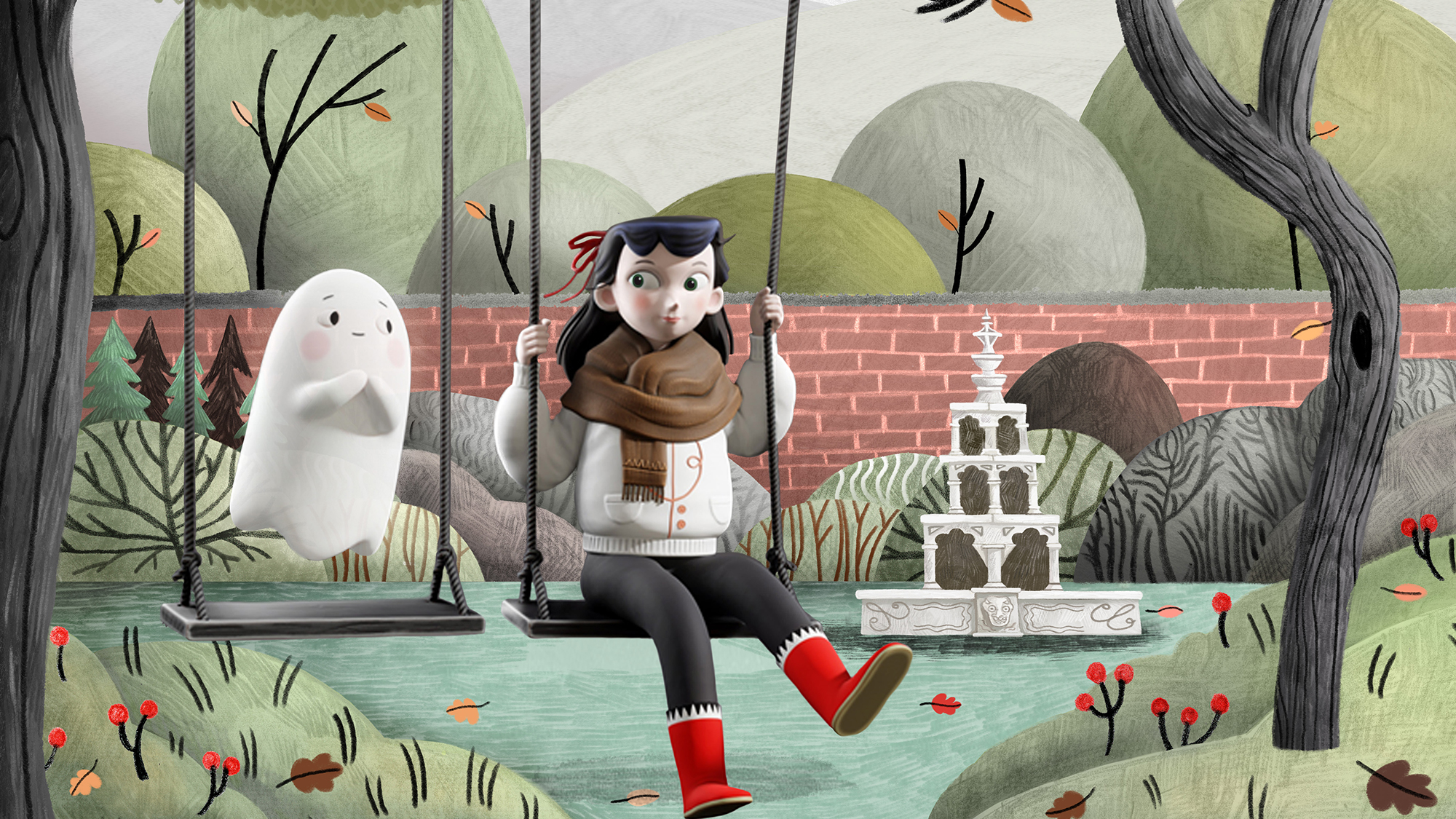 Hollywood, CA (October 13, 2021) – Do you think ghosts are ghastly? Do creepy crawlers give you the creeps? Have you ever wanted to get to know the monster under your bed (chances are he’s very lonely)? Then get ready for How to Make Friends with a Ghost. The Jim Henson Company is developing Rebecca Green’s book of the same name, published by Tundra Books, as a new stop-motion animation series for kids ages 5 -9 years old. The show, brought to life by animation partner Factory (BAFTA-winning Clangers, Norman Picklestripes), is set in Ms. B’s whimsical and fantastical afterschool program where she and Ghost, the resident Head Ghost, help children and creatures make friends with their fears.

How to Make Friends with a Ghost follows the adventures of Ms. B’s students – including both kids and creatures – as they attend activities like Batty Ballet and Ghost Gardening, while exploring common fears – both real and imaginary – in fun and humorous ways. The series will encourage viewers to become accustomed to their own fears, feel empowered to overcome them, and gain understanding about why something may seem scary.

“The fears kids encounter in everyday life – like being separated from a parent, or seeing a spider – as well as imaginary fears, like monsters or something hiding in our closet, can all feel very real. How to Make Friends with a Ghost helps explore those feelings and provides needed tools that will empower all kids – and some adults!” said Halle Stanford, President of Television, The Jim Henson Company. “Viewers will want to visit this highly imaginative world inhabited by supernatural creatures who are just waiting to be your new best friends.”

How to Make Friends with a Ghost is a production of The Jim Henson Company in partnership with Factory. The series will be executive produced by Lisa Henson and Halle Stanford for Henson, and Phil Chalk for Factory, and will also be shepherded by Henson’s Kait Boss. Longtime Henson collaborator Ashley Griffis is attached as a co- executive producer and writer.

The Jim Henson Company has remained a leader in family entertainment for over 60 years and is recognized as an innovator in puppetry, animatronics, and digital animation. Henson’s most recent television credits include Duff’s Happy Fun Bake Time for discovery+, Earth to Ned for Disney+, Fraggle Rock: Rock On! for Apple TV+, and the Emmy Award-winning Netflix Original series The Dark Crystal: Age of Resistance. The Company is currently in production on the upcoming series Harriet the Spy and a reboot of Fraggle Rock, both for Apple TV+, as well as Guillermo Del Toro’s Pinocchio for Netflix, and the feature film The Portable Door.