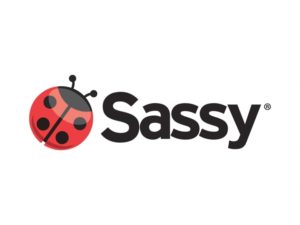 Los Angeles, CA (June 13, 2013) The Jim Henson Company continues its reputation as an innovator in content and brand development with the upcoming debut of its latest property, JIM HENSON’S CHATTER ZOO, at Licensing Expo 2013. CHATTER ZOO will premiere to consumers this summer with the launch of an “appisode” – a mobile entertainment and learning application for kids – produced by Mindshapes. Also, The Jim Henson Company is collaborating with Sassy Inc., the lead partner for infant developmental toys and plush, for products in those categories. The announcement was made today by Melissa Segal, Executive Vice President, Global Consumer Products, The Jim Henson Company.

Created by Alex Rockwell (Pajanimals, Bear in the Big Blue House), JIM HENSON’S CHATTER ZOO is an interactive pre-school property featuring four adorable animal babies – FRANNY the baby cheetah, BAILEY the baby elephant, PIP the baby wallaby and LULU the baby panda – in their playful habitat at the Chatter Zoo. Leveraging kids’ innate desire to play teacher, young viewers will instinctively engage with the show’s characters by calling out directions, singing and dancing along, clapping, pointing and more all in an effort to teach the babies how to speak. Viewers will enjoy a high level of fun interaction supported by a strong curriculum that reinforces language building and music education. JIM HENSON’S CHATTER ZOO will first be introduced to consumers through an appisode being produced by Mindshapes, an award-winning creator of mobile learning applications for kids. Set to launch this summer, JIM HENSON’S CHATTER ZOO appisode will feature stories, learn and play
activities, animations and music content each delivering an entertaining, engaging and interactive kid-friendly experience.

“As more young children are engaging with content through smart phones, and tablets, we believe the best way to introduce JIM HENSON’S CHATTER ZOO to our young audience is through this first interactive appisode,” said Segal. “In addition to highlighting all of the elements that make this such a delightful property – including the sweet baby animal characters and the intuitive methods for involving young viewers in teaching the characters to speak – the appisode also underscores The Jim Henson Company’s expertise in educating through immersive entertainment. The industry’s initial response to JIM HENSON’S CHATTER ZOO has been extremely encouraging and we’re eager to begin discussions with potential licensees about developing this property through a wide variety of opportunities,” said Segal.

“Working with The Jim Henson Company on our appisode for Sid the Science Kid was very rewarding and we are overjoyed to be working with them again on the appisode for this endearing property,” added Nina Pustilnik, coCEO of Mindshapes.

In addition, the Company is teaming up with Sassy Inc, a subsidiary of Kid Brands, Inc. (NYSE: KID), to develop a broad line of innovative infant development toys and products based on the adorable JIM HENSON’S CHATTER ZOO characters and their world.

“JIM HENSON’S CHATTER ZOO is ideally matched to the products and goals of Sassy,” said Sassy President Dean Robinson. “We’re enthusiastic about the property and honored to have been selected by The Jim Henson Company as a partner and collaborator.”

The Company, exhibiting in Booth O141 during the June 18-20 Licensing Expo at the Mandalay Bay Convention Center in Las Vegas, will be looking to expand JIM HENSON’S CHATTER ZOO licensing program into infant  apparel, accessories, room décor and more.

About JIM HENSON’S CHATTER ZOO:
The animated series is produced using the revolutionary Emmy ® Award winning Henson Digital Puppetry Studio. JIM HENSON’S CHATTER ZOO is an interactive pre-school show for the littlest kids, featuring four adorable animal babies – FRANNY the baby cheetah, BAILEY the baby elephant, PIP the baby wallaby and LULU the baby panda – in their habitat at the Chatter Zoo. Kids actively engage with the show — they think, call out, give directions, teach, sing songs, dance, point and more — all in the service of the babies, who need and want their help. Behind all of this interaction, embedded in the show, is a strong curriculum that supports language building and music education.

About Mindshapes
Mindshapes is an award-winning creator of mobile learning applications for kids. Mindshapes creates enhanced storybook experiences for kids, which feature educational learn and play activities, and a reward system. Mindshapes Appisodes aim to delight, engage and educate kids, while allowing them to engage with their favorite characters from the worlds of illustrated books, TV and film. The company was founded by veterans of the gaming, entertainment, publishing and mobile industries, and has offices in London, Los Angeles and San Francisco.

Mindshapes apps are used by approximately 300,000 families per month, and the company has released several award-winning kids’ apps for iPhone, iPad and iPod Touch. For more information, visit www.mindshapes.com.

About Sassy, Inc.
Founded in 1982, Sassy operates out of Kentwood, MI. Sassy enjoys distribution in all major trade channels, including mass market retailers, food chains, drug stores, catalogs, and independent baby and toy stores in the United States. In addition, Sassy products can be found in 29 countries worldwide. Sassy’s extensive product categories have grown to include developmental and attachable toys, infant and toddler bath and feeding products,
grooming and hygiene products, teething products and room organization products. For more information about the
company, go to www.sassybaby.com, or contact customer service at (616) 243-0767.
About Kid Brands, Inc. (Sassy’s parent company)
Kid Brands, Inc. and its subsidiaries are leaders in the design, development and distribution of infant and juvenile
branded products. Its design-led products are primarily distributed through mass market, baby super stores,
specialty, food, drug, independent and e-commerce retailers worldwide. The Company’s operating business is
composed of four wholly-owned subsidiaries: Kids Line, LLC; LaJobi, Inc; Sassy, Inc.; and CoCaLo, Inc. Through
these subsidiaries, the Company designs and markets branded infant and juvenile products in a number of
complementary categories including, among others: infant bedding and related nursery accessories and décor and
nursery appliances (Kids Line® and CoCaLo®); nursery furniture and related products (LaJobi®); and
developmental toys and feeding, bath and baby care items with features that address the various stages of an
infant’s early years (Sassy®). In addition to the Company’s branded products, the Company also markets certain
categories of products under various licenses, including Carter’s®, Disney®, Graco® and Serta®. Additional
information about the Company is available at www.kidbrands.com