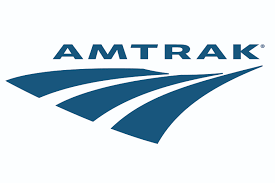 Hollywood, CA (July 1, 2013): Pack your pajamas and prepare for a chance to win a fun, family train
trip courtesy of Amtrak and The Jim Henson Company, a leader in family entertainment for over 50
years, as part of the “PAJANIMALS Pack Your Pajamas Sweepstakes.” The new promotion and the
Company’s ongoing partnership with Amtrak were announced today by Melissa Segal, Executive Vice
President of Global Consumer Products for The Jim Henson Company.

Families can enter the “PAJANIMALS Pack Your Pajamas Sweepstakes” beginning July 1st and
ending July 31st by logging onto www.henson.com/PJsweepstakes/ and following the sweepstakes
entry directions. The “PAJANIMALS Pack Your Pajamas Sweepstakes” will award one Grand Prize
of four round-trip coach tickets on Amtrak, a Flip video camera and a 4-piece large plush set of
PAJANIMALS from Tomy. Five First Prize winners will receive HeysUSA Amtrak luggage and a
PAJANIMALS Adventure Game from Briarpatch and 10 Second Prize winners will receive an Amtrak
branded hoodie and the “PAJANIMALS Playdate” DVD from NCircle Entertainment. The
sweepstakes ends July 31, 2013, just in time to take the family on an exciting vacation adventure via
Amtrak.

As part of the national summer promotion, Amtrak will promote the “PAJANIMALS Pack Your
Pajamas Sweepstakes” and entry details through counter cards and seatbacks in over 100 Amtrak
stations nationwide. Amtrak will also distribute free PAJANIMALS themed activity booklets to young
travelers and PAJANIMALS will be featured on placemats for use in Amtrak’s dining cars.
Sweepstakes details will be posted on the websites of Amtrak and The Jim Henson Company.

“Youngsters and their parents have grown to trust PAJANIMALS, especially when it comes to feeling
safe while discovering the fun and independence that comes with new experiences and adventures,”
said Segal. “The PAJANIMALS sweepstakes with Amtrak is an enjoyable way to engage
preschoolers and their parents while reminding everyone that taking a train trip to someplace new can
be a wonderful time for family togetherness and discovery, especially sleeping on a train!
Additionally, the response to our Dinosaur Train promotions with Amtrak over the past two summers
were so exceptional, we’re all very enthusiastic about extending our partnership with Amtrak to
include PAJANIMALS.”

PAJANIMALS currently airs daily on Sprout, the 24-hour preschool channel parents and kids share
together, and on Saturday mornings on NBC Kids. The series follows the adventures of four cuddly
musical puppets — Sweet Pea Sue, Squacky, Cowbella and Apollo. These Journeys celebrate
imagination and tackle typical toddler issues such as the fear of the first day of school, making new
friends and learning how to share. The PAJANIMALS, end their day of play with a relaxing return to
their cozy bedroom and familiar night time routines, including bathing, brushing teeth and story time,
to develop a feeling of safety and structure.

About PAJANIMALS
PAJANIMALS follows the amazing adventures of four sweet and gentle characters—Sweetpea Sue
the pony, the excitable duck Squacky, the creative cow Cowbella and the optimistic puppy Apollo—
who were designed and built by the world-famous Oscar® and Emmy® Award-winning Jim Henson’s
Creature Shop™ from original concepts by Los Angeles-based toy and clothing designer, artist Jeff
Muncy. Through their imaginary journeys, these cuddly musical puppets venture out on adventures of
discovery, modeling the skills preschoolers need to move through their days successfully.

About Amtrak®
Amtrak is America’s Railroad®, the nation’s intercity passenger rail service and its high-speed rail operator. A record 31.2 million passengers traveled on Amtrak in FY 2012 on more than 300 daily trains – at speeds up to 150 mph (241 kph) – that connect 46 states, the District of Columbia and three Canadian Provinces. Amtrak operates intercity trains in partnership with 15 states and contracts with 13 commuter rail agencies to provide a variety of services. Enjoy the journey® at Amtrak.com or call 800-USA-RAIL for schedules, fares and more information. Join us on facebook.com/Amtrak and follow us at twitter.com/Amtrak.