The Jim Henson Company and A Kids Company About Partner to Develop “A Kids Show About,” a Mixed-Media Kids Series Addressing Today’s Toughest Topics

Based on the award-winning book series “A Kids Book About,” which tackles issues like racism, school shootings, and climate change 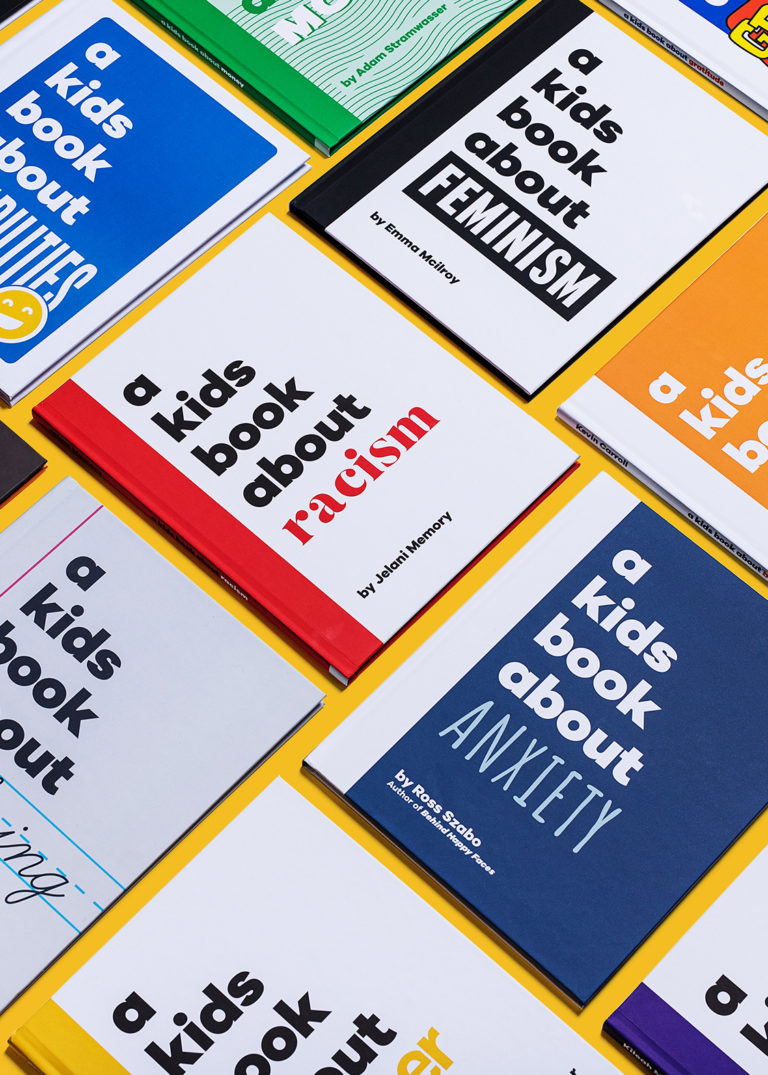 Hollywood, CA (July 13, 2022) – The Jim Henson Company, producer of the recent critically-acclaimed series Fraggle Rock: Back to the Rock and Harriet the Spy, has partnered with A Kids Company About, the Portland, OR-based media company built on the belief that kids are ready to have challenging, empowering, and important conversations, to develop A Kids Show About. The new mixed-media series, targeting families and kids 6-11, is based on the bestselling and award-winning book series “A Kids Book About” and will feature live-action segments, animation, and puppetry vignettes to teach kids and families how to have conversations around the tough and relevant topics facing children today.

“A Kids Book About” books include over 80 titles and counting that address the biggest issues facing today’s kids and their communities, from racism to school shootings, as well as self-love, imagination, gender, anxiety , immigration, climate change, cancer, and incarceration. Contributors have included a variety of perspectives, backgrounds, and identities, and the brand has become a nationally recognized resource at the intersection of kids and social justice issues. Most recently,  the brand gave away the ebook, “A Kids Book About School Shootings”, which was downloaded more than 30,000 times in a matter of days following the Uvalde elementary school massacre.

“Kids’ television is all about iconography; memorable characters who bring joy and warmth to the story and watching experience. And some of the most iconic, timeless characters in kids’ television came from The Jim Henson Company,” said Jelani Memory, CEO and founder of A Kids Company About. Dubbed “the Modern Mr. Rogers” by Fatherly, Memory added, “we hope to emulate the kind of generational impact of the characters that Jim Henson created, like the Muppets and Fraggles, while featuring diverse voices and experiences like we do in our books.”

“Many of today’s kids are deeply aware of the most serious challenges and risks that are a threat to them each day. As producers, we have an opportunity to provide the resources and trusted information, and – above all – to inspire the radical hope that kids need in order to see themselves as part of their community and feel empowered to make the changes they want to see in their world”, said Sidney Clifton, Sr. Vice President of Animation and Mixed Media at The Jim Henson Company who will oversee the project’s development.

ABOUT THE JIM HENSON COMPANY

The Jim Henson Company has remained an established leader in family entertainment for over 60 years and is recognized as an innovator in puppetry, animatronics, and digital animation. The Company is currently in production on Guillermo Del Toro’s Pinocchio for Netflix and the feature film The Portable Door. Henson’s most recent television credits include Fraggle Rock: Back to the Rock, Harriet the Spy and Fraggle Rock: Rock On!, all for Apple TV+, Word Party Presents: Math! for Netflix, Duff’s Happy Fun Bake Time for discovery+, Earth to Ned for Disney+, and the Emmy®-winning Netflix Original series The Dark Crystal: Age of Resistance. Other TV productions include Word Party (Netflix), Dinosaur Train (PBS), Splash and Bubbles (PBS), Sid the Science Kid (PBS), and Julie’s Greenroom (Netflix), as well as Fraggle Rock, The Storyteller, and the sci-fi series Farscape. Feature film credits include The Star (Sony Pictures Animation), Alexander and the Terrible, Horrible, No Good, Very Bad Day (Disney), and the groundbreaking fantasy classics The Dark Crystal, and Labyrinth.

ABOUT A KIDS COMPANY ABOUT

A Kids Company About. is a new kind of kids media company that works to empower a generation of kids through diverse storytelling. Founded in 2019 in Portland, OR, A Kids Company About has created a unique storytelling model focused on authenticity and identity.  They’ve worked with authors to create the A Kids Book About series such as LeVar Burton for A Kids Book About Imagination, to TIME’S Kid of The Year Orion Jean for A Kids Book About Leadership.  In 2021 they brought their storytelling approach to audio, launching the A Kids Podcast About podcast network, with 12 original shows (one named Apple’s Best Show of 2021). A Kids Company About is built on the belief that kids are ready to have challenging, empowering and important conversations with the grownups in their lives. For more information, visit www.akidsco.com.