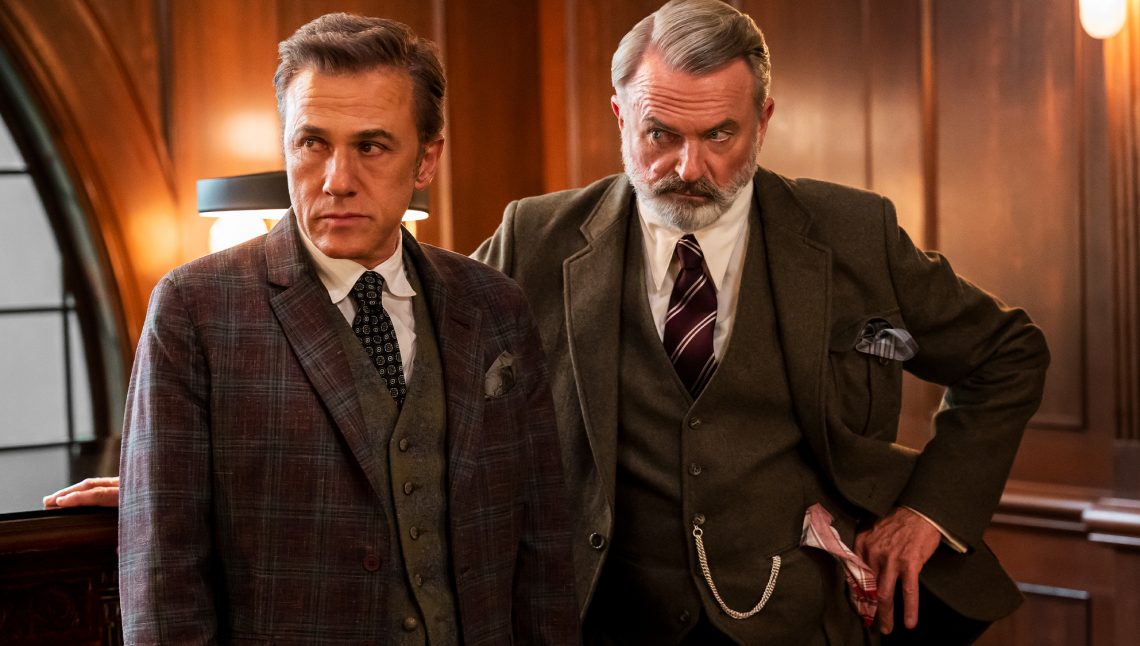 “The film started Principal Photography on June 7th in Queensland. Arclight Films is handling worldwide rights for all territories outside of North America, Australia, and New Zealand. Sky will release the film as a Sky Original in the UK & Ireland, Germany, and Italy. The Portable Door will premiere as a Stan Original Film in Australia, with Madman Entertainment handling theatrical distribution locally, ahead of the film’s premiere on Stan. ICM Partners and UTA’s Independent Film Group are jointly representing the film’s North American rights. Additional finance partners include Fulcrum Media Finance, MEP Capital, and The Jim Henson Company with support provided by Screen Queensland, Create NSW, and Film Victoria.

In The Portable Door, Paul Carpenter (Gibson) and Sophie Pettingel (Wilde) are the lowly, put-upon interns who begin working at the mysterious London firm J.W. Wells & Co. and become steadily aware that their employers are anything but conventional. Charismatic villains Humphrey Wells (Waltz), the CEO of the company, and middle manager Dennis Tanner (Neill) are disrupting the world of magic by bringing modern corporate strategy to ancient magical practices, and Paul and Sophie discover the true agenda of the vast corporation where they work.

“Director Jeffrey Walker is leading an amazing cast and creative team to bring to life the high-fantasy setting and unique humor of The Portable Door,” said executive producer Lisa Henson. “An unexpected adventure filled with deeply funny moments; The Portable Door is poised to be the next Henson fan favorite.”

“It has been exciting to watch the diverse comedic talents of our incredible cast take this gem of a script by Leon Ford to a whole new level. We are truly creating a very special film that will be lots of fun for audiences of all ages,” said producer Todd Fellman.

“Sam and this wonderful ensemble are fantastic additions to the star-studded cast of The Portable Door. Alongside Christoph, Patrick and Sophie, they will help bring this unique story from one of our favorite fantasy books to the big screen. Sam’s comedic mastery is unparalleled and international audiences are in for a ride when they see him playing the mysterious manager of the organization,” said Arclight Films’ Gary Hamilton.

Julia Stuart, Director of Original Film at Sky comments “It’s very exciting to continue to build our content offering in Original film with such legendary partners as The Jim Henson Company and Story Bridge Films alongside our friends at Arclight Films. The Portable Door is going to be an unmissable adventure with a very British sense of humor that I cannot wait to share with Sky cinema customers across all our markets.”

About The Jim Henson Company
The award-winning Jim Henson Company has remained an established leader in family entertainment for over 60 years and is recognized as an innovator in puppetry, animatronics, and digital animation. Best known as creators of the world-famous Muppets, Henson is currently in production on Harriet the Spy and a reboot of Fraggle Rock, both series for Apple TV+, and Guillermo Del Toro’s Pinocchio for Netflix. Henson’s most recent television credits include Duff’s Happy Fun Bake Time for discovery+, Earth to Ned for Disney+, Fraggle Rock: Rock On! for Apple TV+, and the Emmy-winning Netflix Original series The Dark Crystal: Age of Resistance as well as Word Party (Netflix) and the Emmy®-nominated productions Dinosaur Train (PBS), Sid the Science Kid (PBS), Splash and Bubbles (PBS), and Julie’s Greenroom (Netflix). Previous productions include Fraggle Rock, The Storyteller, and the sci-fi series Farscape for TV, and the feature films The Star (Sony Pictures Animation), and Alexander and the Terrible, Horrible, No Good, Very Bad Day (Disney), as well as the groundbreaking classics The Dark Crystal, and Labyrinth.

About Story Bridge Films
Story Bridge Films is one of Australia’s most prolific independent film production companies specializing in feature films for the global market with a particular emphasis on international co-productions. Recent credits include Daybreakers, Bait 3d, Imax Under The Sea 3d, A Few Best Men, Mental, Jungle, Guardians Of The Tomb, Hotel Mumbai and Escape From Pretoria and Blacksite with Official Aus-China co-productions At Last and Legend Of Sun And Moon slated for a major release in China later this year.

About Sky
Sky is Europe’s leading media and entertainment company and is proud to be part of the Comcast group. Across six countries, we connect our 23.4 million customers to the best entertainment, sports, news and arts including our own award-winning original content.

Our technology, including the market leading Sky Q, connects people to everything they love – with entertainment from Sky TV, Netflix, Disney+, Amazon Prime Video and BBC iPlayer, and apps like Spotify, YouTube, BBC Sounds, Highbrow, Peloton, Fiit, and more, in one place, easy. Our streaming service NOW brings viewers all the enjoyment of Sky with the flexibility of a contract-free service. Through our new B2B broadband provider, Sky Connect, we offer superfast broadband with business-grade 4G back-up to small businesses in the UK.

Building on the success of Sky Originals like Chernobyl, Gangs of London and Brassic, we are doubling our investment in original content by 2024 through Sky Studios. Sky News provides impartial and trustworthy journalism for free, Sky Arts is the UK’s only dedicated free-to-air arts channel making the arts accessible for everyone and Sky Sports, our leading sports broadcasting service, brings customers some of the biggest and best global sporting events from the Premier League to Formula 1 and everything in-between. Our new TV and movie studio, Sky Studios Elstree, which will open in 2022, is expected to create over 2,000 new jobs and generate an additional £3 billion of production investment in the UK over the first five years

We believe that we can be a force for good in the communities in which we operate. We’re committed to being Europe’s first net zero carbon entertainment company by 2030 and we’re proud to be a Principal Partner and Media Partner of COP26. We take pride in our approach to diversity and inclusion: we’ve been recognised by The Times and Stonewall for our commitment to diversity and we’ve set ambitious 2025 targets to continue to increase diversity and representation. We’re also committed to investing £30million across our markets over three years to improve our approach to diversity and inclusion, and to tackle racial injustice.