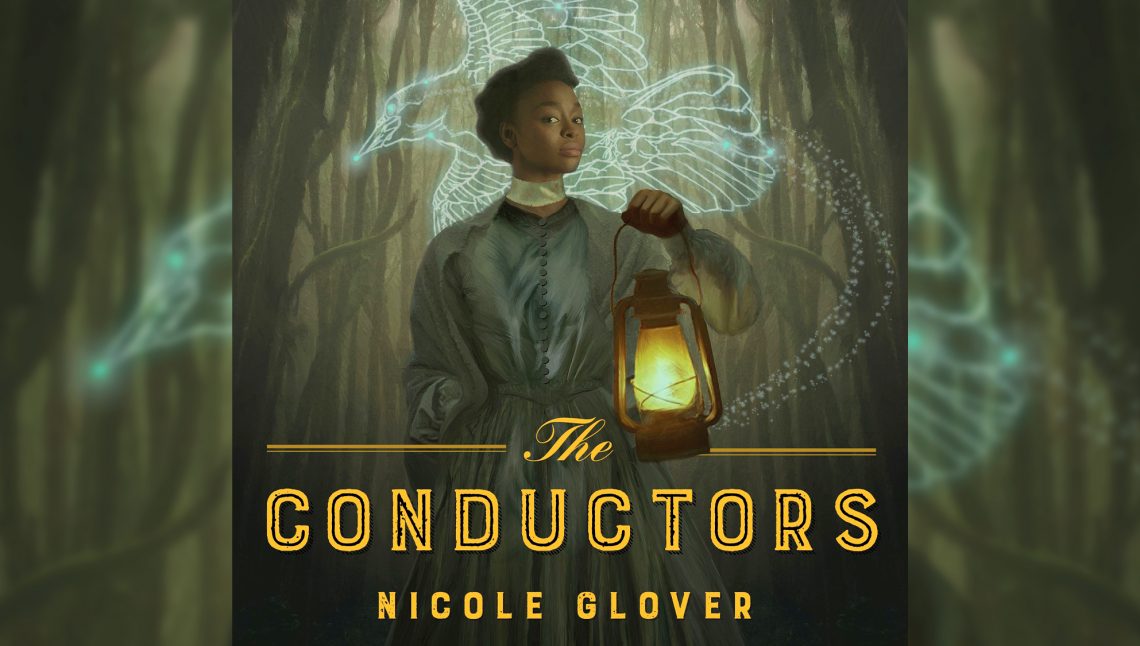 Hollywood, CA (May 13, 2021) – The Jim Henson Company (The Dark Crystal: Age of Resistance) and Flavor Unit Entertainment (The Equalizer, Bessie) have teamed up to option The Conductors, the fantastical and mysterious debut novel from Nicole Glover that was released on March 2, 2021.

Using speculative fiction to delve into important historical and cultural threads, The Conductors introduces Hetty Rhodes, a magic-user and former conductor on the Underground Railroad who now solves crimes in post–Civil War Philadelphia. Hetty Rhodes helped usher dozens of people north with her wits and magic. Now that the Civil War is over, Hetty and her husband, Benjy, solve murders and mysteries that the white authorities won’t touch.

Lisa Henson and Blanca Lista from The Jim Henson Company and Queen Latifah and Shakim Compere from Flavor Unit Entertainment will shepherd the project. United Talent Agency and the Donald Maass Literary Agency represent the author.

“We are so excited to partner with Lisa, Blanca and the whole Jim Henson Company on bringing Nicole Glover’s story to life,” said Queen Latifah. “From the moment I first read the book, I was captivated by the world Nicole created and we are eager to tell a story that will drive forward the importance of diverse and inclusive storytelling.”

“Nicole Glover has written a post-Civil War story full of historical themes that continue to be relevant today, in a fantasy setting with a deep mythology that will be exciting to realize as a feature film,” said Lisa Henson, CEO of The Jim Henson Company. “Partnering with Flavor Unit Entertainment is an amazing opportunity to strengthen our commitment to telling culturally and ethnically diverse stories.”

The Jim Henson Company has remained a leader in family entertainment for over 60 years and is recognized as an innovator in puppetry, animatronics, and digital animation. Best known as creators of the world-famous Muppets, Henson has received over 50 Emmy Awards and nine Grammy Awards. The Company is currently in production on Harriet the Spy and a reboot of Fraggle Rock, both for Apple TV+, and Guillermo Del Toro’s Pinocchio for Netflix. Henson’s most recent television credits include Duff’s Happy Fun Bake Time for discovery+, Earth to Ned for Disney+, Fraggle Rock: Rock On! for Apple TV+, and the Emmy-winning Netflix Original series The Dark Crystal: Age of Resistance. Other credits include the Emmy®-nominated productions Dinosaur Train (PBS), Sid the Science Kid (PBS), Splash and Bubbles (PBS), and Julie’s Greenroom (Netflix), as well as Word Party (Netflix), Dot. (Universal Kids /Hulu), and Doozers (Hulu/Universal Kids). Previous productions include Fraggle Rock, The Storyteller, and the sci-fi series Farscape for TV, and the feature films The Star (Sony Pictures Animation), Alexander and the Terrible, Horrible, No Good, Very Bad Day (Disney), as well as The Dark Crystal, Labyrinth, MirrorMask, and Jim Henson’s Turkey Hollow.

About Flavor Unit Entertainment
Flavor Unit Entertainment, the production company owned and operated by Queen Latifah and Shakim Compere, was behind the hit feature comedies “Bringing Down the House,” “Beauty Shop” and “The Perfect Holiday.” Flavor Unit also produced the films “The Cookout” and “Just Wright,” as well as HBO’s award-winning films’ “Bessie” and “Life Support.” Latifah and Compere produced “The Real MVP: The Wanda Pratt Story,” “The Best Place to Be,” “Curvy Style with Timothy Snell,” “The Perfect Match” and “The Rap Game.” Additionally, Flavor Unit produced the one-hour special event “Dear Mama,” which premiered on Mother’s Day in 2016, and has since been renewed as an annual special, the highly anticipated SALT-N-PEPA biopic (Lifetime), and the film The Clark Sisters: Legends of Gospel (Lifetime) with other EPs Mary J. Blige and Missy Elliot. Most recently, Latifah and Compere are executive producers on the new hit CBS show The Equalizer, which premiered in February 2021 after the Super Bowl and has already been picked up for a second season.