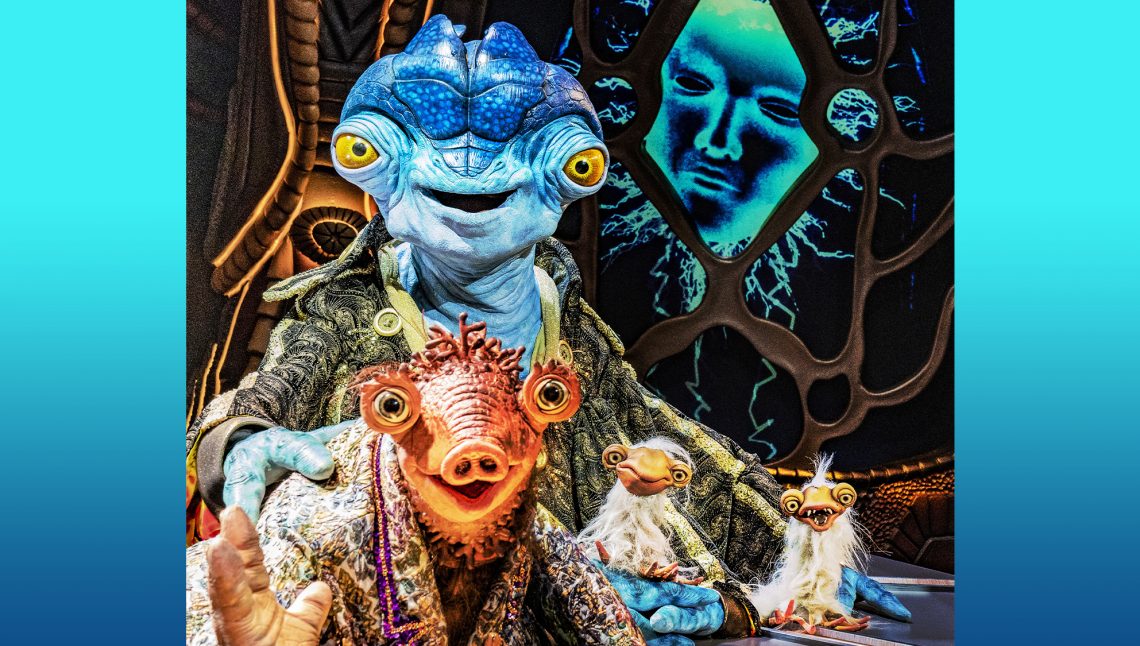 New Favorites like Earth to Ned and Word Party, and Classics Like Fraggle Rock and The Storyteller Show the Iconic Company Continues to Revolutionize the Art of Puppetry

LOS ANGELES — March 18, 2021 – Sunday, March 21 is World Puppetry Day, honoring puppetry as a global art form, and nowhere on Earth is puppetry more celebrated than at The Jim Henson Company, which has continued to push the boundaries of puppetry for more than 60 years. This year, fans – as well as budding puppeteers and puppet builders – can celebrate World Puppetry Day by creating their own puppet based on the Company’s most recent hit show Earth to Ned. Instructions to build-your-own CLOD puppet, created by the award-winning Jim Henson’s Creature Shop, can be found on the Company’s social media and online at Jim Henson’s Family Hub.

The CLODS are part of Earth to Ned (20 x 30’), the Company’s new critically-acclaimed series currently streaming exclusively on Disney+. Alien talk show host Ned calls off the invasion of Earth after he and his sidekick lieutenant Cornelius fall in love with human pop culture. Broadcasting from the bridge of their spaceship, hidden deep underground, Ned and Cornelius interview Earth’s greatest resource…celebrities! With the help of the ship’s artificial intelligence, BETI, and the destructive CLODs (Cloned Living Organisms of Destruction), Ned must keep his show a secret from his home planet or suffer the wrath of his father, the Admiral of the Galactic Fleet. Guests include Rachel Bilson, Rachel Bloom, Bindi and Robert Irwin, Jenny Slate, Jason Ritter, Ginnifer Goodwin, Mayim Bailik and many, many, more!

“Puppetry enthusiasts can also celebrate World Puppetry Day by streaming their favorites produced by The Jim Henson Company including titles like Muppet Treasure Island, and Dinosaurs on Disney+, Pajanimals and The Storyteller on Amazon Prime, Word Party and Sid the Science Kid on Netflix, and Fraggle Rock and Fraggle Rock: Rock On! on Apple TV+.