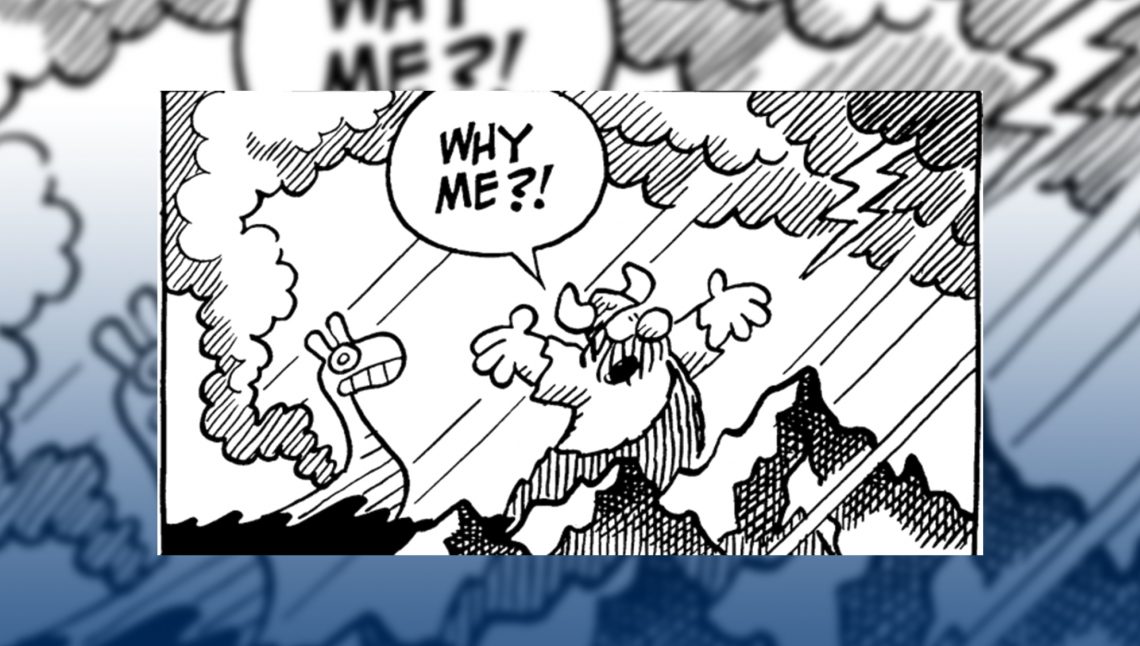 NEW YORK, November 10, 2020 – King Features, a unit of Hearst and home to some of the world’s most beloved entertainment characters and comic strips including Popeye, Olive Oyl, Cuphead, Zits, Mutts and Blondie, and The Jim Henson Company, a world renowned leader in family entertainment known as the creators of the Muppets and producers of series like Earth to Ned, Fraggle Rock and Sid the Science Kid, today announced they are partnering to produce a new animated family sitcom series inspired by the popular comic strip, Hägar the Horrible.

The new series will follow the hardworking Viking family led by a larger than life hero, Hägar, who can’t quite understand how the society he once understood is changing around him. Eric Ziobrowski, producer and writer for the ABC sitcom Fresh Off the Boat and writer for comedy series including American Dad! and Don’t Trust the B—- in Apartment 23, is on board to write the new Hägar series. Lisa Henson, CEO and president of The Jim Henson Company, and Halle Stanford, president of television for The Jim Henson Company, will executive produce, along with C.J. Kettler, president of King Features.

“As a burly Viking with a tough exterior, Hägar is an enormously sympathetic character who is out of step with the evolving world around him. His village’s cultural zeitgeist is changing, and he is trying to keep up,” said Kettler. “The Jim Henson Company is known for their amazing storytelling and incredible digital puppetry, and we can’t wait to reimagine Hägar with them and introduce him to next generation audiences together.”

“Hägar is long overdue for his own series, and this new animated family sitcom, set in the rich and hilarious world of Vikings, will continue the tradition of what we do best at The Jim Henson Company,” said Henson. “Hägar is such a well-established, evergreen character and audiences immediately know and love him. Dik Browne’s comic will be a delightful and irreverent playground for our digital puppetry studio.”

Hägar was created in 1973 by Dik Browne and quickly became a mainstay on the funny pages, breaking records as the fastest growing comic strip ever. Today, the strip features daily original content created by Browne’s sons Chris and Chance Browne, which is distributed by King Features to content publishers around the world, reaching more than 80 million people in over 50 countries.

Hägar the Horrible is one of several properties King Features is currently developing for television and film as it looks to both adapt its iconic comic strip properties for today’s culture and build out its portfolio of properties it represents outside of the core comic strip arena. Up next for King Features is the highly anticipated adaptation of global video game phenomenon Cuphead, which will make its streaming debut next year on Netflix as The Cuphead Show!

About King Features
King Features is a premier producer and distributor of the world’s most iconic intellectual properties and a leader in classic character licensing and franchise development. With one of the longest-running consumer products programs in the industry, King Features’ portfolio includes world renowned pop culture brands such as Popeye®, Betty Boop™, Cuphead, Flash Gordon™, The Phantom™, Hägar the Horrible, Moomin, Prince Valiant® and Mandrake the Magician. King Features will produce The Cuphead Show! with Netflix Animation, set to debut in 2021. As content syndication specialists, the company distributes beloved comics such as Blondie, Beetle Bailey®, Mutts™ and dozens of others as well as columns, editorial cartoons and puzzles across multiple platforms and content providers around the globe. King Features is part of Hearst Newspapers, which publishes 24 dailies and 52 weeklies, including the Houston Chronicle, San Francisco Chronicle and Times Union (Albany, New York), and operates local digital marketing services and directories.

The Jim Henson Company
The Jim Henson Company has remained a leader in family entertainment for over 60 years and is recognized as an innovator in puppetry, animatronics and digital animation. Best known as creators of the world-famous Muppets, Henson has received over 50 Emmy Awards and nine Grammy Awards. Henson’s most recent television credits include Earth to Ned for Disney+ and Fraggle Rock: Rock On! for Apple TV+, and the Emmy-winning Netflix Original series The Dark Crystal: Age of Resistance. Other credits include the Emmy®-nominated productions Dinosaur Train (PBS), Sid the Science Kid (PBS), Splash and Bubbles (PBS), and Julie’s Greenroom (Netflix), as well as Word Party (Netflix), Dot. (Universal Kids /Hulu), and Doozers (Hulu/Universal Kids). Previous productions include Fraggle Rock, The Storyteller, and the sci-fi series Farscape for TV, and the feature films The Star (Sony Pictures Animation), and Alexander and the Terrible, Horrible, No Good, Very Bad Day (Disney), as well as The Dark Crystal, Labyrinth, MirrorMask, and Jim Henson’s Turkey Hollow. The Company is currently in production on Harriet the Spy and a reboot of Fraggle Rock, both for Apple TV+, and Guillermo Del Toro’s Pinocchio for Netflix.