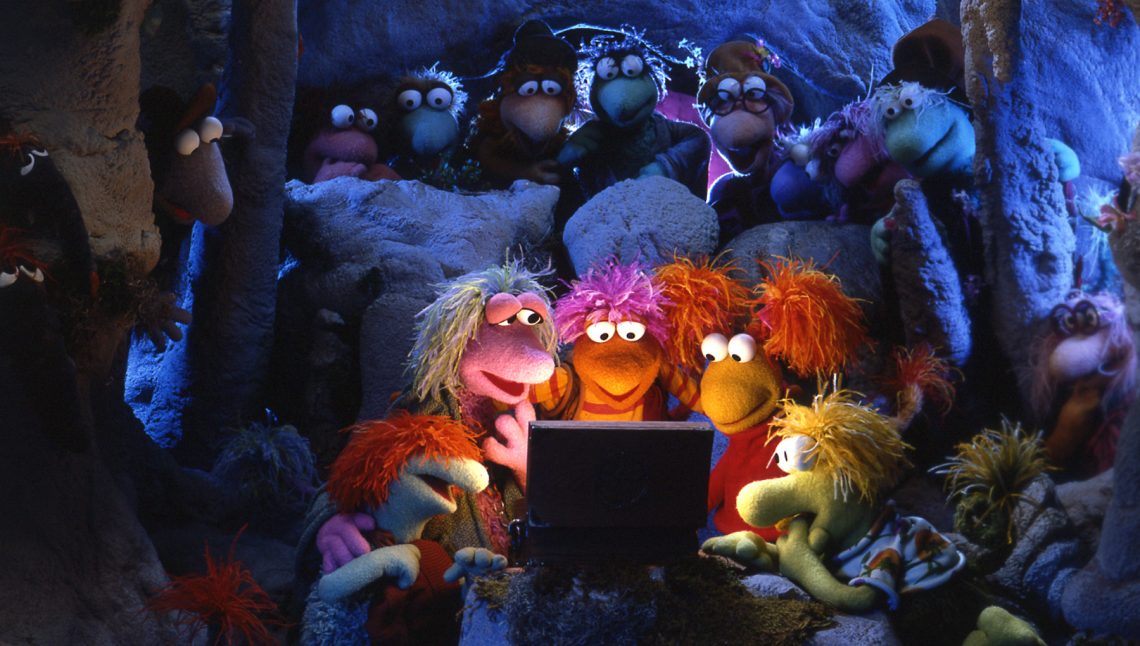 Following the overwhelming, global fandom around the recent debut of the Apple TV+ shorts “Fraggle Rock: Rock On!,” Apple today announced a new partnership with The Jim Henson Company to reboot the beloved, classic series “Fraggle Rock.”
The new Fraggle Rock series will be reimagined as a global Apple Original series for new generations of fans to enjoy together on Apple TV+. Produced by The Jim Henson Company in association with New Regency, the series will reunite the original stars – Gobo, Red, Boober, Mokey, Wembley, and Uncle Travelling Matt – for new songs and adventures, with the same spirit as the classic.

“Fraggle Rock: Rock On!” is now streaming for free on Apple TV+, with new mini-episodes featuring award-winning special guests Alanis Morissette, Common, Jason Mraz, Neil Patrick Harris, Tiffany Haddish, and Ziggy Marley. The series aims to show everyone how we are all connected through friendship with new stories and favorite Fraggle songs from the same beloved characters of the classic 80s series. The project is produced by The Jim Henson Company in accordance with the COVID-19 “Safer at Home” guidelines, and is all shot on iPhone 11 phones from the homes of the production team and individual artists from all over the U.S. “Fraggle Rock: Rock On!” is executive produced by Halle Stanford and John Tartaglia.

The new Fraggle Rock series will join an award-winning lineup of today’s most trusted franchises in kids and family programming, including the Emmy-nominated, Common Sense and Parents Choice Award winning “Helpsters” and “Ghostwriter” from Sesame Workshop; and the Emmy-nominated, Annie and DGA Award-winning “Snoopy in Space,” from Peanuts. With families around the world staying at home, Apple is featuring curated collections of TV shows, movies, music, podcasts, books, apps and games for families and kids of all ages. These collections have been created to help parents inspire and entertain their kids and to assist teachers who are exploring creative ways to facilitate remote learning.

Apple TV+ is available on the Apple TV app on iPhone, iPad, Apple TV, iPod touch, Mac, select Samsung and LG smart TVs, Amazon Fire TV and Roku devices, as well as at tv.apple.com, for $4.99 per month with a seven-day free trial. The Apple TV app will be available on Sony and VIZIO smart TVs later this year. For a limited time, customers who purchase a new iPhone, iPad, Apple TV, Mac or iPod touch can enjoy one year of Apple TV+ for free. This special offer is good for three months after the first activation of the eligible device.* For more information, please visit apple.com/tvpr