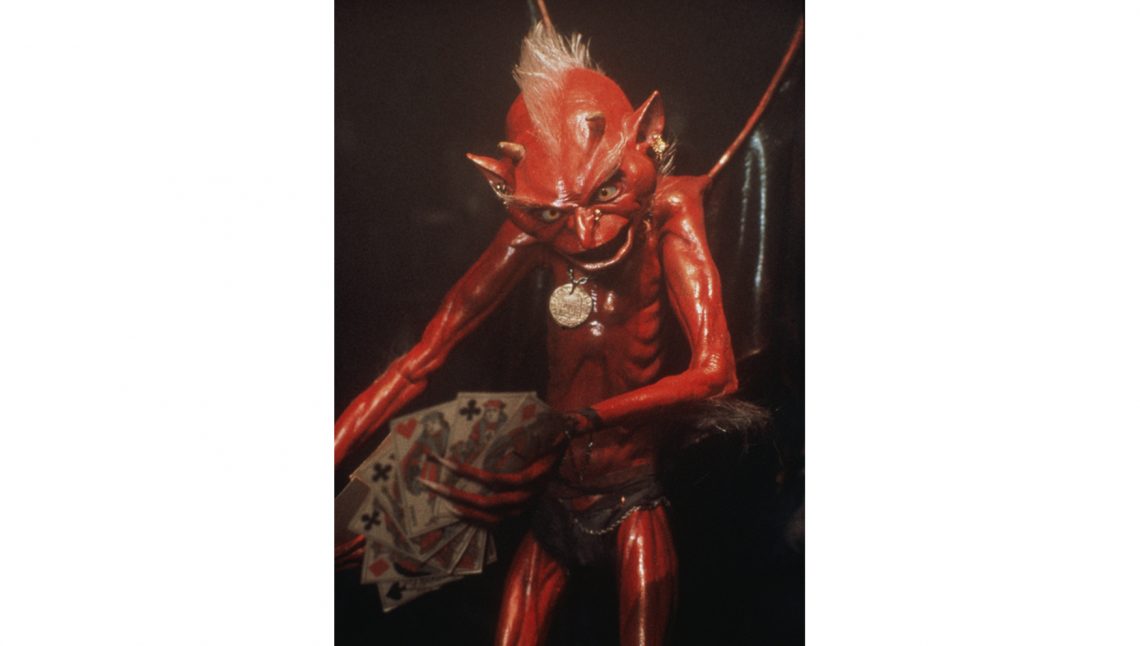 Burbank, CA (Feb. 19, 2019) – Partnering with the most renowned family entertainment production company in the world, The Jim Henson Company, and with award-winning author Neil Gaiman writing and executive producing, Fremantle today announced that the company is developing a reimagined version of Jim Henson’s iconic 80’s anthology series The Storyteller for television.

A perfect creative partner to bring The Storyteller to a new audience, Gaiman is well-known for his far-reaching work in popularizing folklore and mythology. From the mythological basis of his best-selling novel American Gods to the African folklore of Anansi Boys, his body of work is constantly reinterpreting classic stories, while also including completely authentic collections like his recent Norse Mythology book. In the new series, The Storyteller will create a mystical world combining various fairy tales and folklore that have been passed down from generation to generation, designed for today’s co-viewing audience.

Inspired by his daughter Lisa’s university studies in folklore and mythology, Jim Henson created the original version of The Storyteller in 1987 and directed multiple episodes. With top-notch talent in front of and behind the camera, including Oscar-winner Anthony Minghella who wrote all the episodes, the Emmy and BAFTA-winning live-action television series featured creatures brought to life by Jim Henson’s Creature Shop and provided a re-telling of various European folk tales, with a mysterious elfin storyteller (played by the late John Hurt). The world of The Storyteller was inhabited by various mystical and magical characters – heartless giants, enchanted beggars, white lions and human hedgehogs – exploring themes such as fear, desire, death and destiny, and challenging notions about good and evil.

“There is currently nothing like The Storyteller in the television landscape and the themes these stories will explore are even more critically important today,” said Dante Di Loreto, President of Scripted Entertainment, Fremantle, North America. “We are honored to be working with Lisa Henson and her illustrious company to bring their esteemed property back to television, and to be yet again partnering with Neil on another project that will further showcase his brilliant narrative power.”

“The Storyteller has been a longtime favorite for our fans who appreciate the beautiful artistry and faithful visualizing of these classic tales. It has always been a special project for me as well, having worked so closely with my dad on the original concept,” said Lisa Henson, CEO of The Jim Henson Company. “Neil Gaiman is an expert in traditional folklore and mythology, in addition to himself being the modern ‘storyteller’ for our times. It is especially exciting to have Neil’s reimagining of the series brought to life by our Creature Shop, allowing us to share these classic stories with a whole new audience all around the world.”

“Jim Henson was always ahead of his time,” said Neil Gaiman. “He found ways to retell folk and fairy tales for a televisual generation. The original The Storyteller was a brilliantly written, directed and told set of stories. It’s a terrifying and inspiring task to reinvent what Jim Henson did for the golden age of television we are in right now, and I’m honored that The Jim Henson Company would entrust me with the task of bringing back The Storyteller and his magical stories, and sending him out into the world for a whole new round of tales.”

ABOUT FREMANTLE
Fremantle is one of the largest and most successful creators, producers and distributors of scripted and unscripted content in the world. A global entertainment powerhouse, Fremantle has an outstanding international network of production teams, companies, and labels in over 30 countries. Fremantle produces more than 12,000 hours of original programming, roll out more than 60 formats and air 450 programs a year worldwide. The group distributes over 20,000 hours of content in more than 200 territories. Fremantle is also a world leader in digital and branded entertainment, with more than 300 million subscribers across 1,400 social channels and over 100 billion views across all platforms.

Fremantle is part of RTL Group, a global leader across broadcast, content, and digital, itself a division of the international media giant Bertelsmann.

ABOUT THE JIM HENSON COMPANY
The Jim Henson Company has remained an established leader in family entertainment for over 60 years and is recognized worldwide as an innovator in puppetry, animatronics and digital animation. Best known as creators of the world-famous Muppets, Henson has received over 50 Emmy Awards and nine Grammy Awards. Recent credits include Dot. (Universal Kids /Hulu), Word Party (Netflix), and Doozers (Hulu/ Sprout), and the Emmy®-nominated Splash and Bubbles (PBS), Julie’s Greenroom (Netflix), Sid the Science Kid (PBS), Dinosaur Train (PBS), and Pajanimals (Universal Kids). Television productions include Fraggle Rock, The Storyteller and the sci-fi cult series Farscape. Features include Sony Pictures Animation’s The Star and Disney’s Alexander and the Terrible, Horrible, No Good, Very Bad Day, as well as The Dark Crystal, Labyrinth, MirrorMask, and Jim Henson’s Turkey Hollow. The Company is currently in production on the upcoming Netflix original series The Dark Crystal: Age of Resistance and Guillermo Del Toro’s Pinocchio (Netflix). Projects in development include the highly anticipated film Fraggle Rock.

With additional locations in New York and London, The Jim Henson Company is headquartered in Los Angeles on the historic Charlie Chaplin lot, complete with soundstage and post production facilities. The Company is home to Jim Henson’s Creature Shop™, a pre-eminent character-building and visual effects group with international film, television, theme park and advertising clients, as well as Henson Recording Studios, one of the music industry’s top recording facilities known for its world-class blend of state-of-the-art and vintage equipment. The Company’s Henson Alternative brand recently premiered The Curious Creations of Christine McConnell (Netflix) and is currently touring Puppet-Up! – Uncensored, a live puppet improvisational show. Its feature The Happytime Murders, starring Melissa McCarthy, was released last summer.