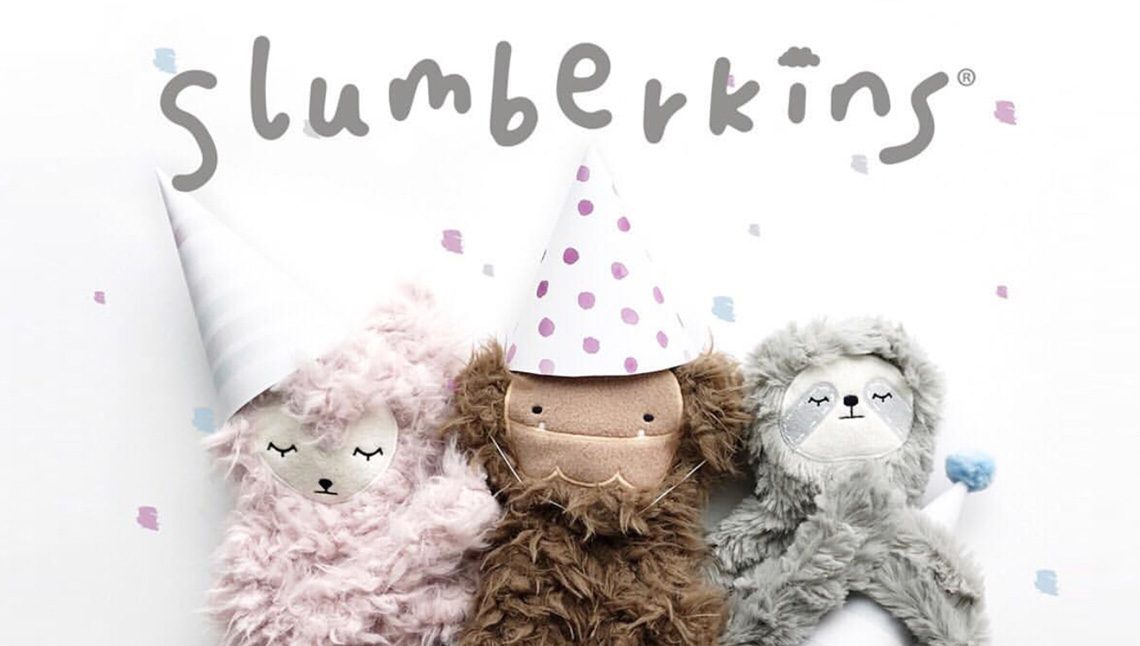 Hollywood, CA, July 9, 2018 – The Jim Henson Company, an established leader in family entertainment for over 60 years, is developing a new live-action puppet preschool series based on Slumberkins, a leading educational children’s brand working to teach positive social- emotional life skills to both parents and children. The announcement was made today by Halle Stanford, President of Television, The Jim Henson Company.

Co-founded in 2016 by Callie Christensen and Kelly Oriard, an educator and a family therapist respectively, Slumberkins strives to empower children and parents through the use of their characters to help navigate life in a balanced way. Through the interactive board books and storylines that incorporate therapeutic techniques that accompany each creature, parents are able to create a deeper, more meaningful bond with their children and turn to the brand through all developmental milestones that children experience.

Each Slumberkin has a specific social-emotional life skill it promotes, such as self-esteem, relaxation, transition/coping with change, mindfulness, conflict resolution, growth mindset, and authenticity. Associated creatures include Bigfoot, Sloth, Fox, Yeti, Hammerhead, Narwhal, and Unicorn, with more creatures on the way!

“The Slumberkins are the new 100 Acre Woods for an anxious time,” says Stanford. “Callie and Kelly have created a successful franchise by tapping into what the modern family wants for their children: empathy, self-expression, and emotional regulation. What we love about fashioning the Slumberkins into a puppet series for preschoolers is that we will introduce a whole new line of creature friends who will encourage kids to take action against the problems that affect them, whether that’s change, self-confidence, bullying, or uncertainty in a mixed-up world. Puppets are the best medium to realize these gorgeous designs because not only will they establish an immediate intimacy with our viewers, but they are also the best medium when working with children on expressing their feelings.”

“We know that parents want to help their kids be prepared for the challenges of the world. There is a lack of tools to help teach children how to handle their ‘big feelings’ in a healthy way. Slumberkins provides support to kids and families through books, plush and soon, with the help of the Jim Henson Company, through video entertainment. We are honored to be working with the great people at The Jim Henson Company that value creating intentional and inspiring programming for young children,” explains CEO/Co-Founder Kelly Oriard.

Lisa Henson, CEO and President of The Jim Henson Company and Stanford will serve as executive producers.

The Jim Henson Company has remained an established leader in family entertainment for over 60 years and is recognized worldwide as an innovator in puppetry, animatronics and digital animation. Best known as creators of the world-famous Muppets, Henson has received over 50 Emmy Awards and nine Grammy Awards. Recent credits include Julie’s Greenroom (Netflix), Dot. (Universal Kids /Hulu), Splash and Bubbles (PBS), Word Party (Netflix), Doozers (Hulu/ Sprout), and the Emmy®-nominated Sid the Science Kid (PBS), Dinosaur Train (PBS), and Pajanimals (Universal Kids). Television productions include Fraggle Rock, The Storyteller and the sci-fi cult series Farscape. Features include Disney’s Alexander and the Terrible, Horrible, No Good, Very Bad Day, as well as The Dark Crystal, Labyrinth, MirrorMask, and Jim Henson’s Turkey Hollow. The Company is currently in production on the upcoming Netflix original series The Dark Crystal: Age of Resistance. Projects in development include the highly anticipated film Fraggle Rock.

With additional locations in New York and London, The Jim Henson Company is headquartered in Los Angeles on the historic Charlie Chaplin lot, complete with soundstage and post production facilities. The Company is home to Jim Henson’s Creature Shop™, a pre-eminent character-building and visual effects group with international film, television, theme park and advertising clients, as well as Henson Recording Studios, one of the music industry’s top recording facilities known for its world-class blend of state-of-the-art and vintage equipment. The Company’s Henson Alternative brand is currently touring Puppet-Up! – Uncensored, a live puppet improvisational show, and its feature The Happytime Murders, starring Melissa McCarthy, will be released in August 2018.

Slumberkins® is a leading educational children’s brand working to empower parents to teach positive social-emotional life skills to their children. As two moms and educators, Callie and Kelly are on a mission to use their combined backgrounds to create a more meaningful children’s educational product line. Slumberkins are easily implemented into everyday family routines to support social-emotional learning, providing digestible therapeutic techniques for parents to use, and normalize conversations about big feelings. The mission of the brand continues to resonate with the Millennial and Gen Z generations of parents seeking out more intentional products to bring into their homes and take action in their child’s development. The brand has experienced enormous growth in two years through their presence on social media, and an appearance on Shark Tank in 2017. www.slumberkins.com