Jim Henson’s “Doozers,” Continue To “Do, Do, Do It” On Hulu With All New Episodes Streaming May 25th 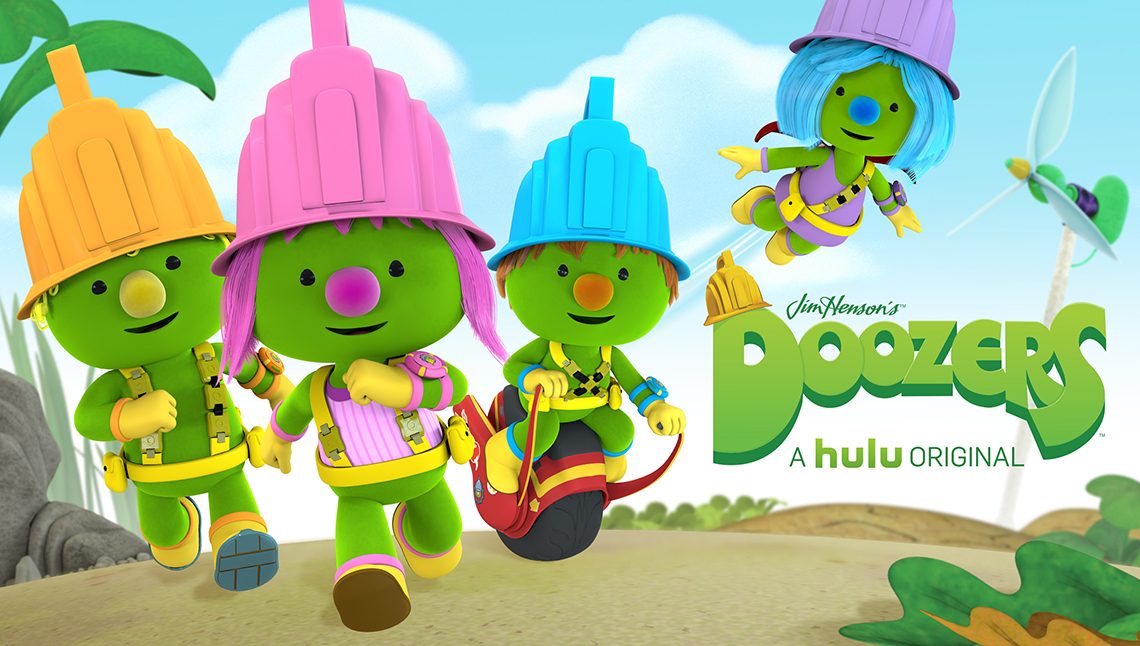 Hollywood, Calif., May 7, 2018 – They’re green, they’re cute and they’re awesome – they’re the DOOZERS! Hulu’s first Original Series for kids will be back for Season 2 with all new original episodes starting May 25th, from The Jim Henson Company (Dot, Splash and Bubbles, Word Party, Dinosaur Train).

DOOZERS is an animated preschool series for kids featuring four best friends who live in Doozer Creek, a wonderful blending of a fantastical, modern and eco-friendly community. Dubbed “the Pod Squad,” Spike, Molly Bolt, Flex and Daisy Wheel bounce from one fabulous kid adventure to the next. Like a scout troop, the Pod Squad engages in exciting projects and has a blast playing together. The series celebrates the spirit of being an innovator and inspires all kids to have an “I can do it” attitude. DOOZERS features a ground-breaking design thinking curriculum, which is part of an overall STEAM (science, technology, engineering, art, math) initiative. These DOOZERS are DOERS and put their ideas into action!

“The new season of DOOZERS continues to inspire and encourage invention and innovation,” said Halle Stanford, President of Television for The Jim Henson Company. “Parents can rest assured that their little DOOZER fans will continue to learn critical and creative thinking skills as they follow the Pod Squad on their playful adventures.”

DOOZERS is a must-see for parents and preschoolers. The series is available to stream in its entirety, only on Hulu.

For more information about DOOZERS,

Hulu is a leading premium streaming service that offers instant access to live and on demand channels, original series and films, and a premium library of TV and movies to more than 17 million subscribers in the U.S. Since its launch in 2008, Hulu has consistently been at the forefront of entertainment and technology. Hulu is the only streaming service that offers both ad-supported and commercial-free current season shows from the largest U.S. broadcast networks; libraries of hit TV series and films; and acclaimed Hulu Originals including Emmy and Golden Globe Award-winning series The Handmaid’s Tale, The Looming Tower, Future Man, Marvel’s Runaways, 11.22.63, The Path, Casual, as well as upcoming series Castle Rock and The First. In 2017, Hulu added live news, entertainment and sports from 21st Century Fox, The Walt Disney Company, NBCUniversal, CBS Corporation, The CW, Turner Networks, A+E Networks and Scripps Networks Interactive to its offerings – making it the only TV service that brings together live, on-demand, originals, and library content all in one place, across living room and mobile devices.