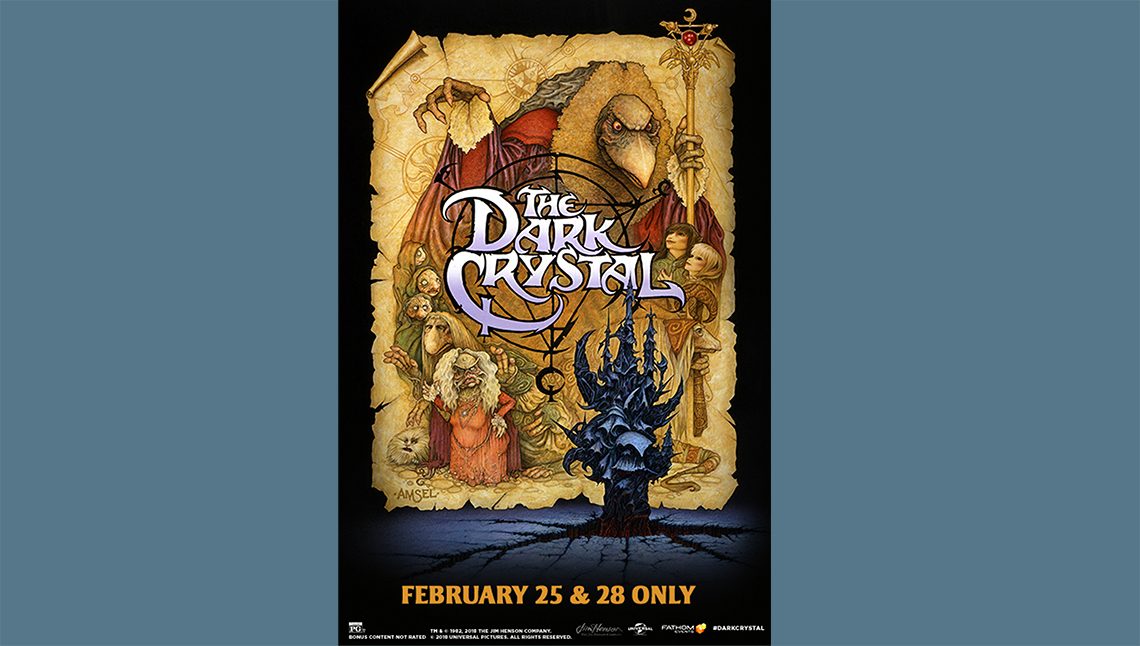 The unprecedented vision and mythic storytelling of Jim Henson’s 1982 epic fantasy-adventure The Dark Crystal returns to cinemas nationwide for a special two- night presentation from Fathom Events, The Jim Henson Company and Universal Pictures. Each screening of The Dark Crystal will also feature a brand-new featurette with Lisa Henson, CEO and President of The Jim Henson Company, who reflects on the making of this one-of-a-kind film and its creative legacy.

A milestone in fantasy filmmaking, The Dark Crystal was co-directed with Frank Oz (Little Shop of Horrors, Dirty Rotten Scoundrels) and produced by Gary Kurtz (Star Wars, The Empire Strikes Back). Following its two-day-only theatrical presentation, The Dark Crystal will debut on 4K Ultra HD™ and return to Blu-ray™ and digital on March 6 from Sony Pictures Home Entertainment.

Tickets for The Dark Crystal can be purchased online by visiting www.FathomEvents.com or at participating theater box offices. Fans throughout the U.S. will be able to enjoy the event in nearly 500 select movie theaters through Fathom’s Digital Broadcast Network (DBN). For a complete list of theater locations visit the Fathom Events website (theaters and participants are subject to change).