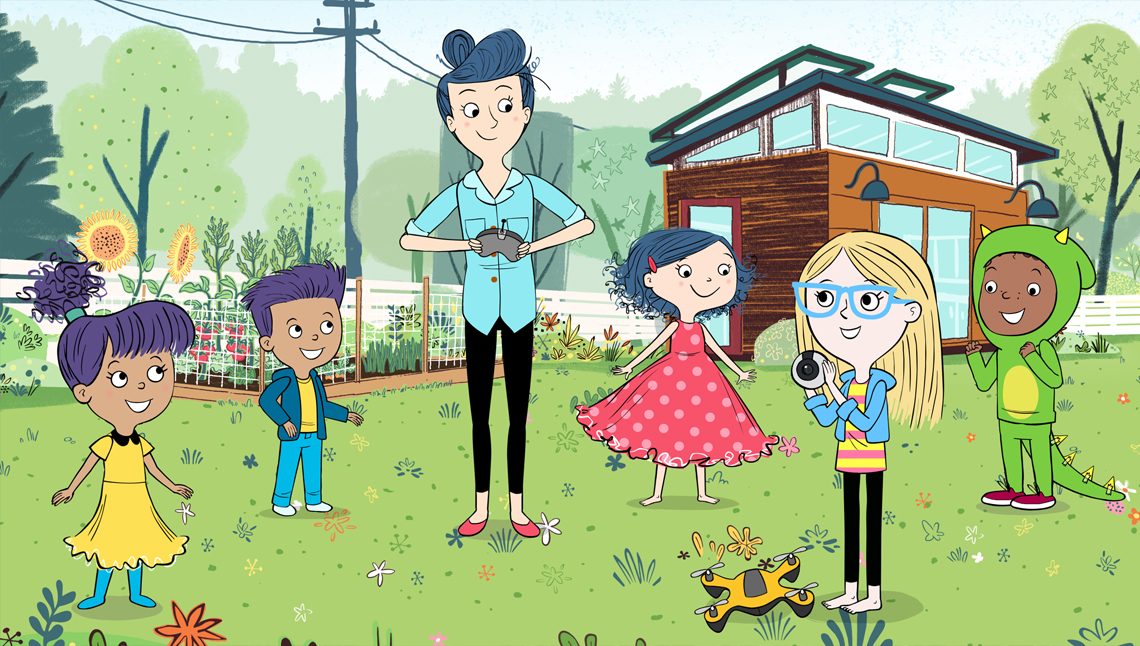 HOLLYWOOD, CA (September 25, 2017) – The Jim Henson Company, an established leader in family entertainment for over 60 years, has signed several new deals with linear broadcasters around the world to deliver the original animated series, Dot. (52×11’), based on the popular children’s picture book by New York Times best-selling author and tech expert Randi Zuckerberg, to more families across the globe.

Ireland’s TG4, Finland’s YLE, Israel’s Hop, Australia’s ABC, and EBS Korea, have all licensed the series that teaches digital citizenship and how to “tap and swipe” through interactive adventures, in addition to Disney Channel Japan who debuted the series on September 23. The new agreements complement recently announced deals with Piwi+ in France, and SVT in Sweden.

Dot. currently airs in the U.S. during the Sprout preschool block on Universal Kids, NBCUniversal Cable Entertainment’s network for kids 2-12, where it has been a top-performing series since its debut, and past episodes of the series stream on Hulu and Sprout online. The series also airs on CBC in Canada, Canal Panda in Portugal, Jim Jam in the MENA and Benelux territories, and Israel Education Television.

Dot., demonstrates how technology can be used to inspire and enhance everyday kid adventures and discoveries, appealing to both parents and children alike,” commented Ian Lambur, Management Consultant, Global Distribution, The Jim Henson Company. “With our new partners on board, kids around the world will soon be able to share Dot’s enthusiasm to use tech to connect, play, capture moments, tell stories and most importantly, feed their curiosity.

Targeting children ages four to seven, Dot. follows the hilarious adventures of the inquisitive and exuberant tech-savvy Dot. For a girl as curious and creative as she, there’s no better way to spend the day than outside, exploring the world with her dog, friends, and any tool or tech that will help enhance their play and exploration. Dot. is produced by Industrial Brothers in association with The Jim Henson Company and the Canadian Broadcasting Corporation (CBC).