Melissa McCarthy Teams With STXfilms In The Happytime Murders.

McCarthy And Ben Falcone’s On The Day Productions To Produce With Brian Henson Producing And Directing. 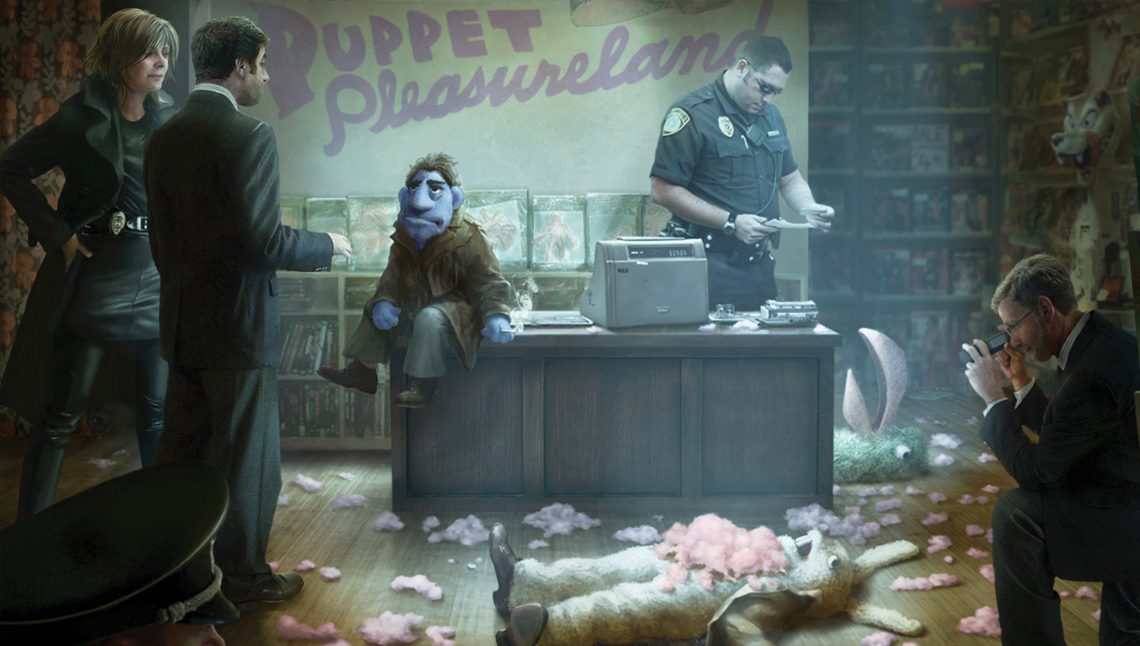 BURBANK, CA (May 02, 2017) – STXfilms, whose Bad Moms was 2016’s highest grossing R-rated comedy, teams with comedic genius Melissa McCarthy in The Happytime Murders, directed by Brian Henson. The announcement was made today by STXfilms Chairman Adam Fogelson and Sam Brown, President of Production for STXfilms, a division of STX Entertainment.

The comedy is set in the underbelly of Los Angeles where puppets and humans coexist. Two clashing detectives, one human and one puppet, are forced to work together to try and solve who is brutally murdering the former cast of “The Happytime Gang,” a beloved classic puppet show.

“Melissa McCarthy is the reigning queen of comedy and we believe she will make The Happytime Murders the kind of hysterical, edgy, viral event that audiences today crave,” said Adam Fogelson. “This is the kind of script and material that was made for Melissa’s smart and boundary-pushing sensibilities. Having worked with her years ago on Bridesmaids and Identity Thief, I could not be more delighted or excited to be working with her again.”

“Melissa and Ben’s brand of humor is infectiously unique. I am thrilled to be partnering with them and STXfilms on The Happytime Murders,” said Henson.

The film is set to begin production this August and will be produced by The Jim Henson Company’s Henson Alternative banner, On The Day Productions, and STXfilms with producers Brian Henson, Jeffrey Hayes, Melissa McCarthy and Ben Falcone. Lisa Henson and John W. Hyde will executive produce. The story is by Todd Berger & Dee Robertson; the screenplay is by Todd Berger with revisions by Erich & Jon Hoeber; further revisions by McCarthy. STXfilms VP of production Sheroum Kim and creative executive Kate Vorhoff are overseeing the production on behalf of the studio. Jeanne McCarthy is serving as casting director on the production.

McCarthy received an Academy Award nomination as well as a BAFTA, and won an MTV Movie Award for her role as Megan in the worldwide smash hit Bridesmaids. She will next be seen starring in the upcoming films Life of the Party, which was written by McCarthy and Falcone and directed by Falcone, and Can You Ever Forgive Me? for director Marielle Heller. McCarthy’s worldwide box-office totals over $1 billion. Her other starring roles include Spy, Ghostbusters, St. Vincent, Identity Thief, Tammy, The Heat, and The Boss. McCarthy won an Emmy for her role as Molly in Mike & Molly, and was nominated for her multiple turns hosting Saturday Night Live.

About STXfilms
TSTXfilms is a division of STX Entertainment, a global next-generation media company whose mission is to unlock the value of the direct connection stars have with their fans through the development, financing, production, marketing and distribution of film, television, VR, digital video, music and live entertainment content. It is the industry leader in transforming beyond traditional platform-driven content to creating talent-driven enterprises.
The company is led by accomplished businessman Robert Simonds and was co-founded by Bill McGlashan, managing partner of the leading global private investment firm TPG. Other investors include Hony Capital, a leading private equity firm in China; PCCW, Southeast Asia’s largest Internet and cable services provider; Tencent Holdings, China’s leading provider of online products and services; Dominic Ng, Chairman of East West Bank; DNS Capital (representing the business interests of Gigi Pritzker and her immediate family); and Beau Wrigley, former Chairman and CEO of the Wm. Wrigley Jr. Company, among others. With these strategic relationships, the company is uniquely positioned to maximize the impact of content worldwide, with direct passage into the China market.

About On The Day Productions
On the Day Productions is a film and television production company founded by Ben Falcone and Melissa McCarthy. Tammy, co-written by McCarthy and Falcone, starring McCarthy and directed by Falcone was the company’s inaugural production, released by Warner Bros/New Line in 2014. This film went on to gross over $100 million worldwide. Their second film The Boss, again written by McCarthy and Falcone, starring McCarthy and directed by Falcone was released by Universal in 2016. The company recently expanded into television with the hit show and critical darling, Nobodies which McCarthy and Falcone Executive Produce for TVLand.
About Henson Alternative
Henson Alternative is The Jim Henson Company’s label for content created specifically and exclusively for adult audiences. In 1955, Jim Henson’s first television production Sam & Friends appeared on late-night television as a lead in to The Tonight Show, establishing a standard in the Company’s work for irreverent, creative comedy projects that spoke to adults. Henson proved that puppetry was not limited to children. Today, Henson Alternative continues to produce and develop projects for this adult audience. Credits include No, You Shut Up! (Fusion), Neil’s Puppet Dreams (Nerdist), Tinseltown (Logo), Puppet Up! – Uncensored (a live puppet improvisational show named one of the top 10 “Best Stage Shows” by Entertainment Weekly), and the upcoming feature film The Happytime Murders with STXfilms. (http://www.hensonalternative.com)
For media inquiries, please contact:
Steve Elzer
Elzer & Associates
1.213.607.3591
steve@elzerassociates.com