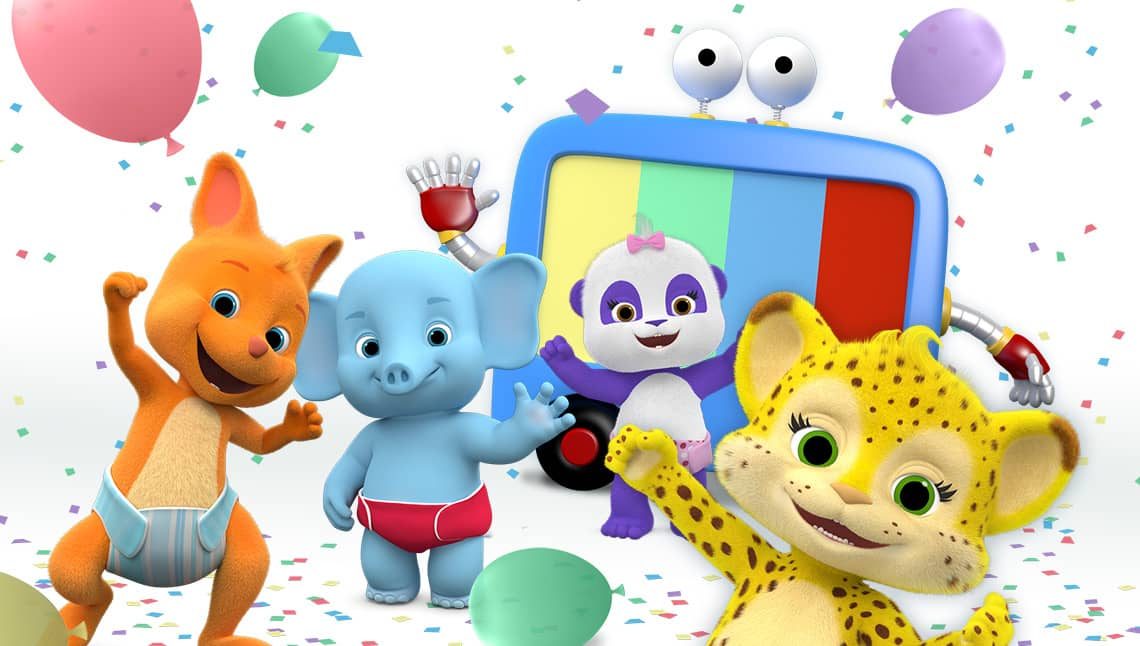 Dallas, TX, September 26, 2016 – Snaptoys, Inc., announced today it has been selected as the master toy licensee by The Jim Henson Company for their Netflix original series for preschoolers, Word Party. The show premiered its first season in July 2016 with 14 episodes, and the second season will premiere on October 21, 2016 with an additional 12 episodes.

Word Party is a vocabulary building show from The Jim Henson Company that follows four adorable baby animals, Bailey an Elephant, Franny a Cheetah, Kip a Wallaby, and Lulu a Panda, as they sing, dance, and play. The show invites young viewers (ages 2-4) to help teach the baby animals new words, practice these new words themselves, and celebrate these achievements with a “Word Party!” Each episode is 11 minutes long and is rated TV-Y.

“We are thrilled to be working with an entertainment powerhouse such as The Jim Henson Company,” said Ricardo Venegas, President and CEO of Snaptoys and Snap Global Solutions. “With our extensive background working with licensors, we are confident that we will be able to bring the Word Party characters to life in a fun and engaging way.”

“Through our retail partnership with Snaptoys, children everywhere will have their very own Lulu, Bailey, Franny, and Kip to learn and play along with as they build their vocabulary skills,” said Federico San Martin, Vice President, Global Consumer Products at The Jim Henson Company.

Snaptoys will launch with a range of product categories including; plush, figures, playsets and electronics. The targeted launch date is Fall 2017 or sooner.

Since 1999, Snap Global Solutions has been designing, sourcing, and manufacturing toys for some of the largest entertainment brands in the world. From Disney to DreamWorks, to Hasbro and Pixar, Snap brings licensed products to market smoothly through their turn-key design and manufacturing services in the mass market, specialty, international, and theme parks channels. In 2015, Snaptoys was launched to bring to market fun, engaging, quality toys for kids of all ages by creating unique characters and reinventing classic play. Please visit them at www.snap.toys to learn more.

With additional locations in New York and London, The Jim Henson Company is headquartered in Los Angeles on the historic Charlie Chaplin lot, complete with soundstage and postproduction facilities. The Company is home to Jim Henson’s Creature Shop™, a pre-eminent character- building and visual effects group with international film, television, theme park and advertising clients, as well as Henson Recording Studios, one of the music industry’s top recording facilities known for its world-class blend of state-of- the-art and vintage equipment. The Company’s Henson Alternative brand is currently touring Puppet-Up! – Uncensored, a live puppet improvisational show.