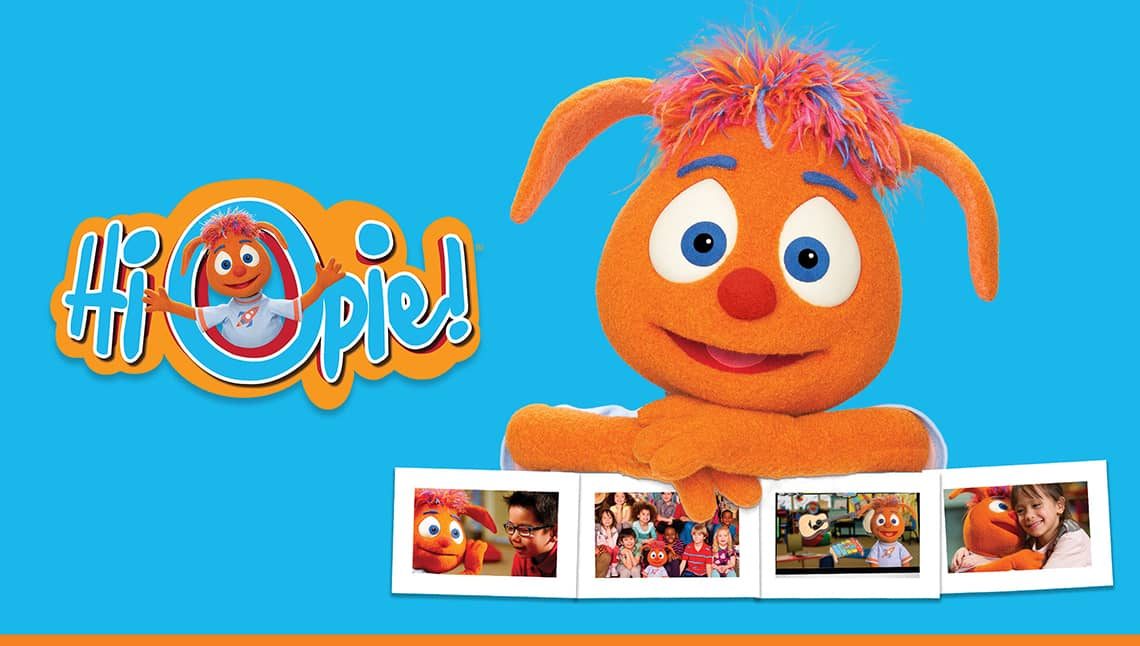 TORONTO, CANADA (July 28, 2016) marblemedia is pleased to announce that it has once again teamed up with TVO, City Saskatchewan, Knowledge Network and The Jim Henson Company on a new preschool liveaction series, Opie’s Home . Currently in production in Hamilton, Ontario, the series will premiere in 2017.

Opie’s Home (39 x 7min) follows 4-year-old Opie as he plays, explores and discovers new things in and around his home. Viewers meet Opie’s parents, grandmother, and neighbourhood friends, including next door neighbour Mr. Kabashio, played by the much loved and Oscar-nominated Canadian actor Graham Greene (Dances with Wolves, Die Hard with a Vengeance).

Opie’s Home is a spinoff of the award-winning series Hi Opie! (created by Barbara Slade, developed in partnership with TVOKids and produced in association with The Jim Henson Company), which features Opie, the fun-loving kindergartner voiced and operated by award-winning puppeteer Jordan Lockhart, as he ventures to kindergarten for the first time. In Opie’s Home , Opie brings home what he has learned in school and applies it in his life.

Opie’s Home features the beautiful Henson-style puppetry that families know and love, along with great stories rooted in what it’s really like to be four (and three-quarters to be exact). Opie was designed and built by Jim Henson’s Creature Shop™. The series will be complemented by an interactive web experience and mobile app, in development with marblemedia’s interactive team, which will be available in Canada on tvokids.com.

“With Opie’s Home, we wanted to explore the fun of family life from the four year-old point of view,” says showrunner Miklos Perlus. “With it’s realistic shooting style and production design, and its relatable stories and characters, Opie’s Home is preschool comedy that parents and kids are really going to enjoy watching together.”

“Opie’s Home will help kids learn the skills required to make a smooth transition from home to kindergarten,” said Marney Malabar, Director, Kids TV, TVO. “Episodes will feature Opie’s daytoday interactions at home, reading and playing with his family and neighbours, as well as his family routine before and after school, helping kids to be successful both inside and outside the classroom.”

Distribution360, a marblemedia company, will share the broadcast and digital distribution with The Jim Henson Company, who will also oversee format rights, as well as all merchandising and licensing rights worldwide.

marblemedia is a leading global entertainment company that develops, produces and distributes compelling TV and interactive digital content for audiences of all ages, across media platforms. With newly launched divisions specializing in primetime unscripted and scripted programming complimenting its roster of successful kids and family properties, international distribution company Distribution360 and an inhouse interactive studio, marblemedia is an expert in delivering winning content that meets the needs of an everchanging media landscape.

Founded in 2001 by coCEOs Mark Bishop and Matt Hornburg with a vision of creativity, partnership and innovation, the company has offices in Toronto and London, plus a 50acre production facility located 90 minutes north of Toronto. Learn more at marblemedia.com.

As the technological extension of Ontario’s public education system, TVO’s vision is to create a better world through the power of learning. TVO provides learning opportunities for Ontarians through innovative educational products, in-depth current affairs, groundbreaking documentaries, and award-winning TVOKids resources both inside and outside the classroom. TVO is funded primarily by the Province of Ontario and is a registered charity supported by sponsors and thousands of donors. For more information, visit tvo.org.