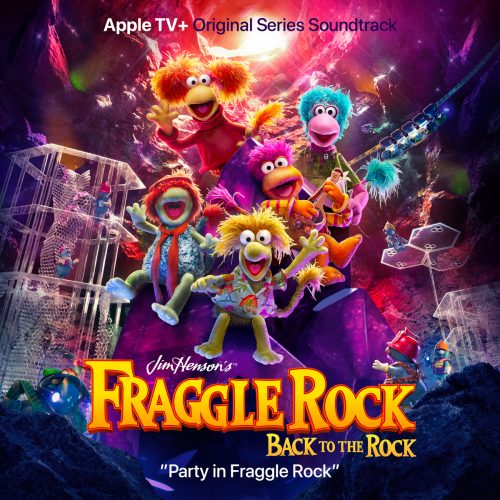 Lakeshore Records is set to release of Fraggle Rock: Back to the Rock – Apple TV+ Original Soundtrack available digitally January 21.  The single song release, “Party In Fraggle Rock,” features all of the favorite characters from the beloved series and will be released digitally January 5. The original songs are featured in the highly anticipated reboot of the classic “Fraggle Rock” series, “Fraggle Rock: Back to the Rock.” All 13 episodes of the new Apple Original series from The Jim Henson Company, in association with New Regency, will debut on Friday, January 21, 2022 on Apple TV+.

Jim Henson’s fun-loving, musical Fraggles are back! Join Gobo, Red, Wembley, Mokey, Boober, and new Fraggle friends on hilarious, epic adventures about the magic that happens when we celebrate and care for our interconnected world.

Listen to the single here: https://we.tl/t-lxSiXOWFxX