Putting out existing shows on video was a wonderful way to reach audiences, but Jim was also excited by the possibilities of creating original material for the home viewer. By the mid 1980s, he was thinking about television as an interactive media, having audiences be active participants rather than passive viewers. And about a decade before Baby Einstein, Jim decided he wanted to develop interactive home videos with educational undertones specifically for babies or toddlers. The result was a series, taped in 1988, called Play-Along videos distributed by Lorimar.

The series was meant to engage children of various ages with activities like making music, drawing, telling jokes and storytelling. Marketed as “video-active”, the Play-Along videos attempted to “treat kids as more than just spectators”. Jim sketched out activities for babies and designed two new humanoid characters, P.J. and Kai-Lee who joined the Classic Muppets in the activities. Jim even got into the act for the Neat Stuff video, demonstrating how to skip rocks in Central Park. The final result was a series of six tapes: Sing-Along, Dance-Along, Do-Along; Neat Stuff…To Know and To Do; Wow, You’re A Cartoonist; Hey! You’re as Funny as Fozzie Bear; Peek-A-Boo; and Mother Goose Stories. 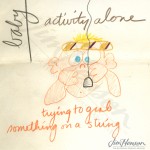 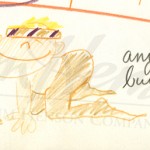 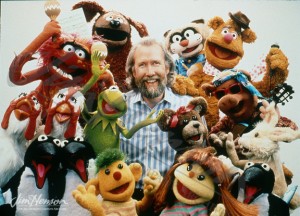 Jim, P.J. and Kai-Lee with other characters featured in the Play-Along videos, 1988. 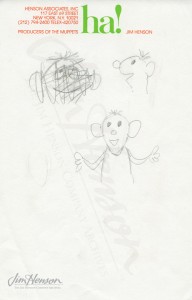 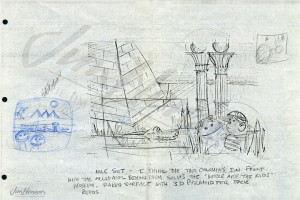 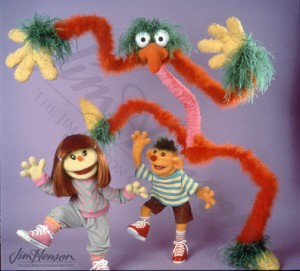 Kai-Lee and P.J. dance with a Big Bossman puppet.