In the mid-1960s, the Muppets were an act rather than a brand, much like Senor Wences or Joan Rivers, and were not connected with a particular network or program. As popular visitors to an array of variety shows, it was inevitable that Ed Sullivan would tap the Muppets as guests on his highly visible program. From 1966 until 1971, Jim’s characters appeared twenty-five times, and Sullivan also produced Jim’s television special The Great Santa Claus Switch in 1970.

For the very first Sullivan Show appearance, Jim and his team created a three-headed monster that played rock ‘n’ roll. With three heads and multiple arms, performing this monster would have required three puppeteers – in this case, Jim, Frank Oz, and Jerry Nelson. That evening, he rounded out a diverse program that included an opera duet, the comedy of both Red Buttons and Jackie Mason, Polynesian dancing, and popular music performed by Herman’s Hermits and Nancy Ames, singing in both English and Spanish. When Jim came on the show in the ensuing years, this eclectic mix of guest inspired him to present both classic bits from his Sam and Friends days and to try out new characters like the abstract Java made from dryer hoses or the hipster Mahna Mahna. 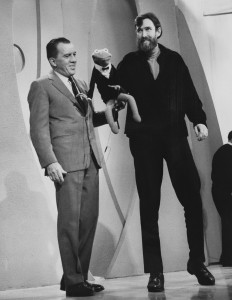 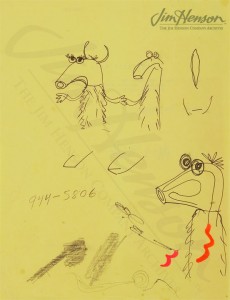 Jim’s design for the Snowths, the back-up singers for Mahna Mahna, 1969. 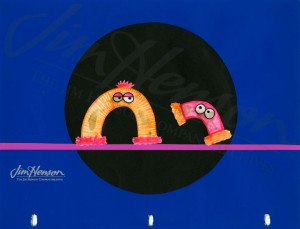 Jim’s image of the Java puppets created for a Broadway Show proposal, c. 1972.