Mira Velimirovic was Jim Henson’s creative assistant from 1983-86. She continued as director of creative development until late 1988, when she moved to Los Angeles. Using what she learned from her time with Jim and the Muppets, often unintentionally, she works to maintain the same sense of creative delight, slapstick, and goofiness in raising her family. She recently shared her memories of working with Jim:

In 1983, I was working at Late Night with David Letterman as a researcher, specializing in finding odd guests, like the worst-selling author, or a hot dog vendor. The show and the staff were a blast, but somehow I yearned for a little more variety. Then Kermit the Frog called. Well, Jim, actually, but as with most people hearing from Jim for the first time, it took me a moment.

Lisa Henson and I had known each other in college. Since she’d been working with her dad and was about to fly off to LA to work at Warner Brothers, she hoped to find someone else to work with her father, particularly someone who had production experience.

So Jim called. He and Lisa and I had lunch, I visited the final filming for The Muppets Take Manhattan on the top of the Empire State building, confirmed that my passport was up to date, and he hired me. Thank you, Lisa! I joined the whirlwind world of Jim Henson. Within a month I’d tried to soak up everything about the NY offices, the London offices, traveled on a press junket to France and Germany, and landed in Toronto where Jim performed in Fraggle Rock.

Maybe the most interesting thing about the role I played in the company was that it was the first time Jim employed an assistant who traveled with him and kept tabs on all of his meetings and ideas–perhaps inspired by his working with Lisa during The Dark Crystal. His goal was to expand the number of projects he could pursue, and it was easier with somebody nearby who could check in on projects and productions while he actively puppeteered or directed.

At that point, Jim was working on a huge number of projects: besides puppeteering on Sesame Street and performing or directing Fraggle Rock, Jim was developing The Creature Shop in London to create special creature effects for other productions. He was working on a new television puppet series, Starboppers, and a series about the art of puppetry around the world, Jim Henson Presents… and a possible segment for 60 Minutes that revolved around a talking Mt. Rushmore. Labyrinth was percolating in Jim’s and Brian Froud’s imaginations, and Jim was envisioning an MTV video for The Muppets Take Manhattan.

So I jumped in. I carried Kermit in a small carry-on sometimes if Jim was going to do a televised interview. As we moved into production on Labyrinth, I lugged around one of the earliest models of a cell phone for Jim to use during breaks. You would not believe the size of it.

Jim’s days were filled with meeting people who created new things, like the people at Oxford Scientific Films who developed new microscopic cameras, and the folks at Digital Productions, and playwrights and composers. I loved the Concept Meetings, where company staff members and invited guests would brainstorm about a new project on a Saturday, from a live-action TV show about a puppeteer (which became Puppetman), to an animated series about the Muppets as babies. Jim heard everyone’s ideas in those meetings, and with remarkable creative generosity, folded together the best into the project.

What’s most amazing to me about that time was how much Jim accomplished each day, and how fluidly he connected people and ideas to projects. He attracted spectacularly talented people, from the puppet designers and builders to the company staff, to the performers and artists who were eager to collaborate on his projects.

Jim could juggle more ideas and keep track of more information than anyone, and he was generally cheerful, in spite of the jet lag. The traveling schedule was crazy, but there was always something exciting to see at the next stop: new creature eyes at the London Creature Shop, or amazing new sculpts from Ron Mueck in New York.

I remember getting the giggles a lot, like on the airplane ride where we couldn’t stop laughing at the idea of a Swedish Chef cereal, and during restaurant dinners when Jim would quietly moo, after non-vegetarians ordered beef. Mostly, I was thrilled to be along for the ride.

It was an incredible time to work with Jim. No wonder we loved to go to work. 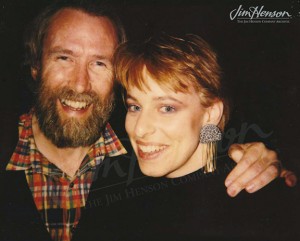 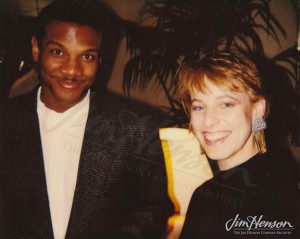