In interviews over the years, Jim credited his first opportunity to appear on television to a visit to his high school puppet club by producers from the local Washington CBS station WTOP-TV in spring 1954. They were looking for young performers for the Junior Morning Show, new for Saturdays. Up until then, Jim was designing sets for the club, but this was his chance get work in television so he made some puppets to perform. He auditioned with his friend Russell Wall and got the job. According to TV listings, the show only aired twice that June. The Evening Star’s television columnist Harry MacArthur explained that the show was pulled off the air because of the, “…discovery that the revision of the child labor law permitting children to appear on the stage here applies to the stage and not to television. Three of the program’s key participants were under 14 and consequently couldn’t get work permits.”

The show may have ended, but this was just the beginning for Jim. James Kovach, a director from the NBC affiliate WRC-TV, had gone to see the host of the Junior Morning Show and also caught Jim’s act. He was impressed and recruited Jim for his station. By the end of July, Jim had signed on to appear several times a week over at WRC. He made puppets and performed on their Circle 4 Ranch children’s program and on Footlight Theater, and by the spring, was appearing regularly on Afternoon, a daytime variety show made up of various segments that included cooking, fashion and puppets lip-synching to music. Clearly he made an immediate impression – a May 15, 1955 article about the show quoted the producer Carl Degen saying of Jim, “The kid is positively a genius. He’s absolutely amazing.” Earlier that month, the station announced that Jim’s characters, collectively known as Sam and Friends, were so popular, they were getting their own show.

Jim’s career was launched. His five-minute live Sam and Friends show appeared nightly, often both at 6:25 and 11:25, claiming hearts and funny bones in the Washington and then Baltimore television markets from 1955 until the end of 1961. Based on the ingenuity of his characters and performances, he was asked to make hundreds of television commercials by local and then national companies. And his time spent behind the scenes at the station gave him access to all the latest technology and a chance to watch the directors, editors and cameramen at work. While the University of Maryland gave Jim his academic education, it was his experience at WRC-TV that provided his professional training and his first success. 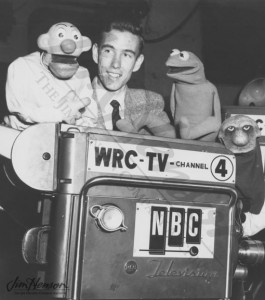 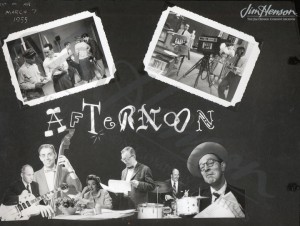 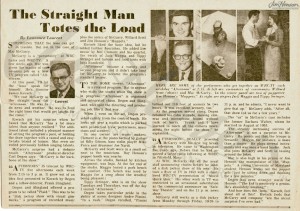 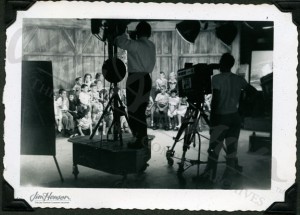 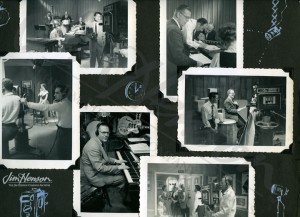