On hiatus from The Jimmy Dean Show and shortly after screening Time Piece for the first time, Jim decided to document what he had done thus far, starting a regular record of his life and work moving forward. In a small cloth-covered blank book, he noted professional activities and personal highlights. His hectic schedule was slightly lighter heading into those summer months, perhaps giving him a little more time at home to enjoy his recently born fourth child, John Paul, and his new Great Dane puppy, Troy, and to go back through his calendars and desk diaries to make the entries in his red book. Given how Jim’s work had expanded from a little local show to national television appearances, television commercials, and experimental film work, it was time to take stock, see where he had been, and get a sense for what he wanted in the future. It was also a way to organize all the information and memories in his brain, freeing him to fill it with new ideas and inspirations.

While Jim tried to get a measure of control over his wide-ranging activities by setting them down on paper, he was developing an idea called “The Organized Brain”. Intrigued by thought processes and the source of ideas, Jim wanted to somehow visualize these on film. One of his earliest efforts was a combination puppetry and film presentation that aired on The Mike Douglas Show during a week in July 1966. It starred Limbo, a character created around 1960 consisting of foam rubber eyes and mouth that seemed to float in the air while manipulated with strings from below. Limbo was superimposed over a film of plumbing, strings, smoke and photographic images meant to evoke the inner-workings of the mind. Jim, speaking for Limbo and accompanied by electronic music by Raymond Scott, described how he had his thoughts filed away – as you might imagine, it was pretty crowded in there! By 1988 when Jim made his last entries in the “red book” journal that he started back in 1965, it was pretty crowded, too, filled with a lifetime of memories that merited organizing for reference and reflection.

One version of Jim’s exploration of the thought process called “Idea Man” can be seen here. 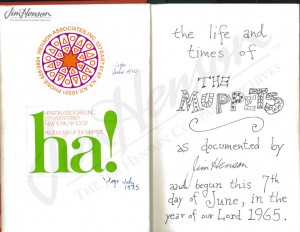 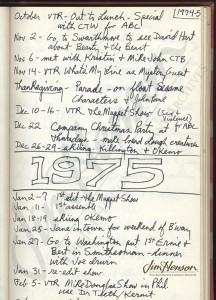 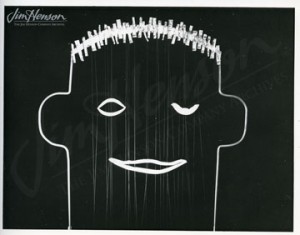