Jim and John Denver met in the 1970s and greatly enjoyed working together. The opportunity for both entertainers to follow up on their 1979 Christmas special with another show in 1983 was exciting and provided a chance to explore their shared interest in the wonders of nature. A Rocky Mountain Holiday featured the whole Muppet gang on a summer camping trip with John Denver, singing songs and reminiscing about adventures in the great outdoors. While Miss Piggy stayed home, she appeared in a couple of clips, demonstrating both her vocal talents and her preferences for the comforts of civilization.

The program, written by Sesame Street veterans Jon Stone and Joe Bailey, moved easily from John Denver songs to folk standards, with the Muppets singing along inspired by the natural surroundings. Gonzo’s encounter with a giant chicken (expertly played by Steve Whitmire) and Rowlf’s incident in the lake provided some of the comic moments.

A small group went out to Aspen to shoot part of the show in July 1982 followed by the whole production team that October. Jim’s producer, Diana Birkenfield, described the first part in a memo to the staff: “Jim has completed shooting one of the chunks of the John Denver and The Muppets Show, in Aspen, Colorado. It was outdoor shooting with Rowlf and Gonzo, part of it aerial and part if it amphibious. In other words, Rowlf in a plane, piloted by John Denver (yes, a real bi-plane in the sky); and Rowlf and Gonzo playing Jaws in an Aspen lake.” It took a while for the network to decide when to air the show, changing the date several times, but it finally appeared on ABC on May 12, 1983 to positive reviews. John J. O’Connor, writing in the New York Times, said, “Rocky Mountain Holiday is about perfect as fare for children and all those incurably young in heart.” 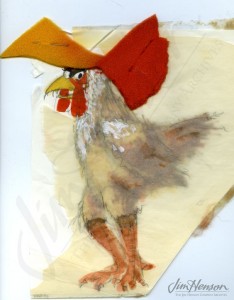 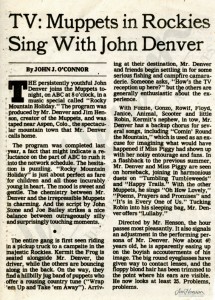 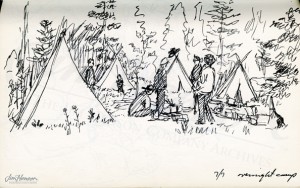