Around 1968, along with making commercials and live-action film and television experiments, Jim started to seriously pitch his idea for a regular variety show hosted by the Muppets. Building on ideas from his guest appearances on The Ed Sullivan Show, The Tonight Show and the like, Jim created numerous proposals illustrating his concepts which he circulated to the networks, producers, and via his agent Bernie Brillstein. There seemed to be little interest in a full scale series, so Jim switched gears and started trying to sell Muppet variety specials themed around holidays. This idea, along with well received appearances in the early 1970s on a Goldie Hawn special, This is Tom Jones, Perry Como’s show, Dick Cavett, etc., finally got the attention of the people at the networks. Jim flew to Los Angeles in late 1972 with his producer, Diana Birkenfield, to take a series of meetings and kindled some interest at ABC.

In the meantime, Sesame Street had hit its stride, winning a third Emmy, and Jim was helping to produce not just the show but also record albums, books, toys, and was making appearances with the characters. Early in the day on April 6, 1973, he and Frank Oz stopped by the Kennedy Child Center, most likely with Ernie and Bert in tow. But the second meeting of the day, with then senior network programming executive (and future Disney Company CEO) Michael Eisner, was the main event. Jim had pitched a Valentine’s Day special to ABC, and Eisner was in a position to green light it – which is exactly what he did. It was the beginning of a long and fruitful relationship between the two men, leading, over time, to Jim’s Muppet 3-D movie at Walt Disney World in 1990 and the eventual sale of the Muppets to the Disney Company more than a decade later.

The Muppet Valentine Show featured Mia Farrow as its star, establishing a model for how celebrities would eventually work with the characters on The Muppet Show. All of the sketches and songs related to love and romance, and the obviously pregnant Farrow (a rare sight on television at the time) further underlined the theme. Farrow sang a duet with the oversized Thog, and a certain froggy went a courtin’ a giant mouse. Audiences were introduced by reporter Kermit to the Planet Koozebane and the rituals of romance in that alien world. Taped in early December 1973, the special aired on ABC January 30, 1974. 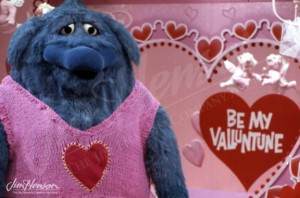 Thog in The Muppet Valentine Show, 1973. 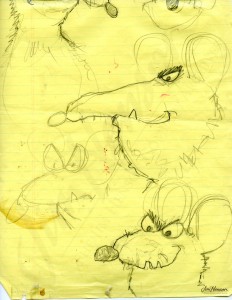 Jim’s design for the Big Mouse in The Muppet Valentine Show, 1973. 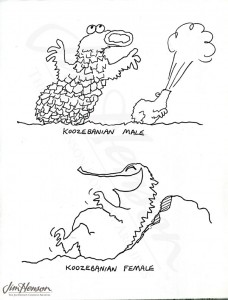 Koozebanians from Jim’s pitch for The Muppet Valentine Show, 1973. 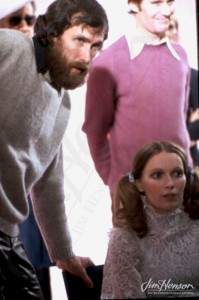 Jim and Mia Farrow on the set of The Muppet Valentine Show, 1973.