When Jim brought his thirteen-year-old daughter Heather over to London with him to attend a puppet festival there, it was part of the continuing education his children were receiving in the world of puppetry. From the time they were babies, the Henson children attended puppetry festivals and performances with their parents, helped host puppeteers of all types in their home, and accompanied their parents when they met with performers internationally. This exposure allowed them to make connections around the world as well as informed the work that they would do as adults. The youngest, Heather, felt the impact deeply and plays are large role in the puppetry community today.

Both as a performer and as a supporter of puppetry projects, Heather Henson has been intensely involved in the world of contemporary puppetry. She founded IBEX Puppetry which, according to her website, “…is an entertainment company dedicated to promoting the fine art of puppetry in all of its various mediums, nurturing work for a myriad of venues including stage, cinema and gallery.” Projects that Heather has developed with IBEX include her performance piece Panther and Crane, an environmental spectacle that focuses on the ecosystem of Central Florida, a film series Handmade Puppet Dreams, which celebrates puppets on film, and the Orlando Puppet Festival. Heather also helps to keep her father’s work alive with her efforts on behalf of The Jim Henson Legacy, serving on the board, giving presentations, and supporting the Legacy’s events. 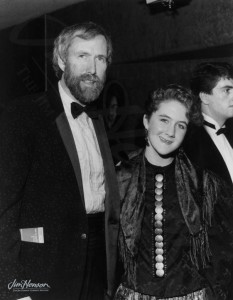 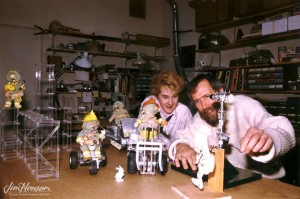 Jim and Heather Henson with Doozers from Fraggle Rock, 1980s.