Whatever magic audiences see on the screen watching Sesame Street or The Muppet Show, it pales in comparison to the action behind the scenes. The laughter, camaraderie, astounding creativity and occasional drama makes for a dynamic work environment, and Jim realized that backstage at a television program might make a good setting for a situation comedy. His original concept, written in the summer of 1986, set a show in Providence, RI with a young puppeteer appearing with his characters on a local live afternoon magazine show, much like the one Jim started on in Washington in 1955. The potential stories he described centered on the human interactions, flirtations between performers, directors and comely programming executives, competition for screen time, and humorous exchanges with celebrity guests. Along the way, viewers would get to, “…watch some wonderful puppet segments from backstage, not only seeing the ingenious way that it is being done, but also seeing the interaction of the puppeteers, which might be just the opposite of the puppets that they are performing.”

Jim’s agent, Bernie Brillstein, pitched the show and sold the pilot to CBS to be shown as part of their Summer Playhouse series. Television sitcom writers Mark Reisman and Jeremy Stevens were hired to write a script and were brought to New York to learn about the world of television puppetry. Henson staffer Bill Prady (co-creator of The Big Bang Theory) was assigned to take them over to the Museum of Broadcasting to watch episodes of Howdy Doody Time, Kukla, Fran and Ollie, Shari Lewis, and other staples of children’s television. Kevin Clash and Steve Whitmire were asked to provide samples of their youthful performances on local television. Members of the Muppet workshop, led by Caroly Wilcox, brainstormed ideas for the look and personality of the puppets and for bits of business that might happen backstage. Designs were drawn by Ron Mueck, now known for his hyper-realistic sculptures that grace major museums around the world.

With a script in the works, casting began. The story had developed from Jim’s concept and now centered on a Madison, WI show called Dragontime starring a big dragon named Butane puppeteered by single dad Gary. His co-workers included two other puppeteers, Del and Holly. While there was brief talk of Jim Carrey for the lead, Fred Newman was the early favorite and was cast as Gary. The pool of actual Henson puppeteers was tapped for Del’s role which went to Richard Hunt. And in a nod to his long history with Henson, Jack Burns, writer on The Muppet Show and The Muppet Movie and half of the comedy team of Burns and Schreiber, was cast as the director Bud Stone. Puppetman aired July 3rd to lukewarm reviews and was not picked up as a series. Richard Hunt and fellow performer Brian Muehl toyed with a few related ideas for another sitcom, writing some sample scripts, but a sitcom revolving around a television puppeteer was not meant to be….yet!

Watch the opening from the Puppetman pilot.

Listen to a podcast with Fred Newman and get his thoughts on Jim Henson, working with Richard Hunt and Puppetman! 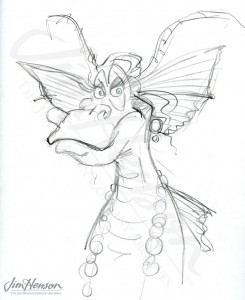 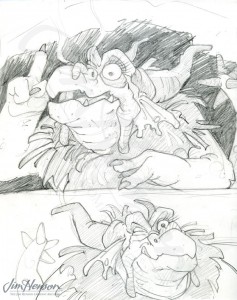 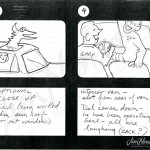 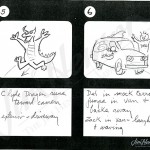 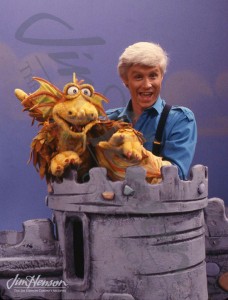 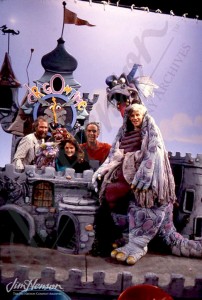