Apprenticed at a young age to Howdy Doody creators Rufus and Margo Rose, Don Sahlin spent the earliest years of his career working with a variety of puppet masters including Martin Stevens, Bob Baker and Burr Tillstrom. After a stint in the army, Sahlin lent his talents to the world of stop motion animation, working with Michael Myerberg, George Pal and Kermit Love. Sahlin was known for his craftsmanship, both in the worlds of puppet theater and film, and his own marionettes were beautifully built and sensitively performed.

In 1960, Jim and Jane Henson (with baby Lisa along) attended their first Puppeteers of America festival which was held in Detroit. Jim was eager to meet Burr Tillstrom, creator of Kukla, Fran and Ollie and, at that time, the best known television puppeteer in America. Tillstrom, in turn, introduced Jim to Don Sahlin. Two years later, with Jane occupied by two small children at home, Jim decided to hire Sahlin to help with puppet building, starting with two dogs for a Purina commercial, Rowlf and Baskerville. Jim immediately saw that Sahlin had a unique ability to interpret his simple designs and create characters that were expressive and easy to perform and asked him to join Muppets Inc. full time. As art director Michael Frith later described, “Don had this wonderful way of taking just the most fragmentary doodle and finding in that doodle the essence of the character and building a puppet that gave you back a lot more than you ever knew that you’d put into it and probably a lot more than you ever dreamed of putting into it.”

Sahlin was known for his practical jokes which laid the foundation for a fun-loving corporate culture that continues to this day. His love of pyrotechnics, exploited for the fire-breathing of the La Choy Dragon and the rockets shot off in Time Piece, was a perfect skill in a place where half the stories ended with an explosion. And in a workshop where attention to detail and artistic integrity were highly valued, Sahlin was respected by one and all as the supreme talent. His work creating characters for Sesame Street, The Muppet Show, and Emmet Otter’s Jug-band Christmas has charmed generations of television audiences, and his professional attention and sharing nature has launched the careers of dozens of young puppet builders. 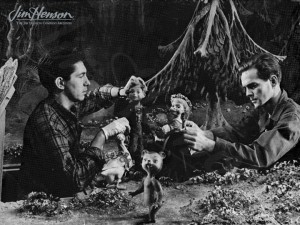 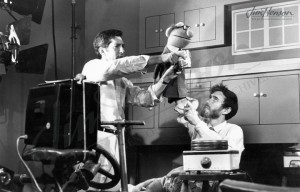 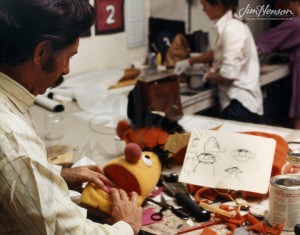