By 1965, there was a lot of deep thinking going on about the computer age, and, according to Time Magazine, people were asking questions like, “Is the computer a friend or enemy of man? Will it cause hopeless unemployment by speeding automation, that disquieting term that it has brought into the language? Will it devalue the human brain, or happily free it from drudgery? Will it ever learn to think for itself?” The article continued, “The answers will not be in for quite a while, but one thing is already clear: swept forward by a great wave of technology, of which the computer is the ultimate expression, human society is surely headed for some deep-reaching changes.” IBM had a keen interest in engendering a positive outlook on the development of computers. In 1967, Jim was hired to make a live-action sales film to market the range of IBM office machines. Called Paperwork Explosion, the short film was full of quick-cut images of a modern fast-paced office and talking heads extolling the capabilities of IBM’s products, while assuring potential customers that the machines would simply do the work, allowing the humans to do the thinking (and remain in control).

At the same time, IBM was hosting in-house seminars at their Information Management Facilities (IMF) designed to broaden the minds of their executives and engineers (rather than be instructive on a particular topic). Producer Ted Mills, who had hired Jim to provide comic relief for some of AT&T training seminars back in 1963, was now working for IBM’s IMF. He approached Jim in late 1968 to make two animated films (called Excluded Mean and The File Clerk) and two live-action films (called The Crowd and Unpredictable) for IMF. The abstract themes, differing from those meant to sell or provide a laugh, matched well with Jim’s mid-1960s film efforts to depict emotions, thought processes, and feelings through moving images and sounds. Footage of crowds in Baden Baden, Hamburg and Rome was ordered, and Jim created animation cels of abstract geometric shapes. Joe Raposo wrote a musical track, but it is unclear if any of these films were ever finished. After a first version of Unpredictable was previewed, Ted Mills said it was, “Feeling wrong,” and that he wanted it to show the, “…profundity of man, [and be] a visual poem.” Not the usual intent of a business training film — but the ambitions behind it must have appealed to Jim.

See Paperwork Explosion made for IBM in 1967. 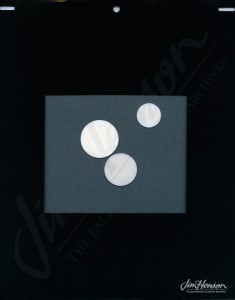 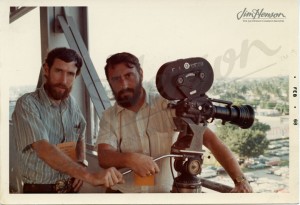