Jim and Jane Henson’s trip to Los Angeles in January 1970 came after the busy first months following Sesame Street’s premiere. The Muppets had done numerous appearances in support of the show and as a result of the show’s popularity, and now Jim was focusing on some of the other projects he was pursuing. IBM was a major client and Jim made several meeting films for the company that winter including “Coffee Break” intros and pieces for their sales staff rewards meeting in Mexico. He was also working with RCA on demonstration and promotional films for some of their products, including their new stereo television.

Jim filmed several musical groups to show how a range of styles and instruments would sound on the new television’s audio output, and also filmed situations with unique aural components – a dramatic phone conversation, crashing waves, his zany Mahna Mahna Muppet bit, and the roar of racecars at a stock car race. Barry Clark, a Californian who had worked in New York for Jim in 1967 and 1968 on the production side of several of his experimental projects, particularly the Cyclia nightclub and Youth ’68, joined Jim and Jane for this shoot in Riverside, CA. Being local, Clark was extremely useful in coordinating the necessary equipment and technical staff, and Jim wrote him afterward, “It was delightful working with you again – the whole job was most enjoyable.”

See footage of the car race that Jim used for the finished demonstration film. 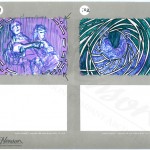 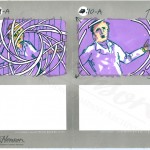 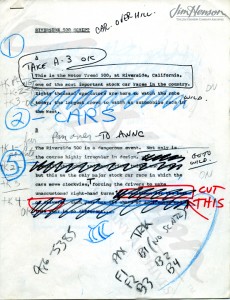