As 1979 neared its end, Jim had a lot to celebrate. The Muppet Show continued its global success, The Muppet Movie opened to large audiences, a block-buster Muppet exhibit opened at the San Diego Museum of Art, Kermit hosted The Tonight Show, and development was ramping up on The Dark Crystal. Jim also made a new friend, someone who shared his gentle approach and desire to make the world a better place – singer and songwriter John Denver. In May 1979, John Denver taped an episode as guest star of The Muppet Show, having already arranged to produce a Christmas special with Jim and the Muppets. The group recorded a holiday record album featuring the music planned for the program, and then in November, taped the show in LA at the ABC-TV Center.

John Denver and The Muppets: A Christmas Together included all the silliness expected of the Muppets while also capturing the joy and beauty of the holiday. Traditional carols were interspersed with original songs by John Denver including the thoughtful Peace Carol that carried a message close to Jim Henson’s heart. Jim often used Christmas as an opportunity to wish his friends and family “Peace on Earth” and tried to instill much of his work with the ideas of tolerance and understanding. The special also celebrated how diverse groups come together at the holidays – as Kermit said, “You know what the really nice thing about Christmas is? It’s the one time of year when everyone seems to be part of everyone’s family.”

Jim and John continued their friendship and produced an ecology-themed special in 1983. The following year, when both men were in Russia for different projects, they met up in Moscow, and John and Kermit performed for children at the US embassy. 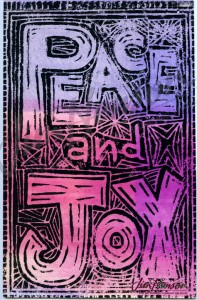 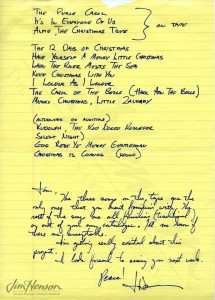 John Denver’s note regarding the music choices for John Denver and The Muppets: A Christmas Together, 1979. 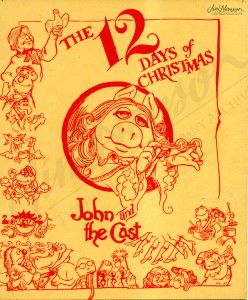 Michael Frith’s drawing of John Denver and The Muppets, 1979.