For the December 1969 issue of Women’s Day magazine, Jerry Juhl wrote a Christmas-themed puppet play called “The Purple-Necked Black-Bearded Blatch”. Jim’s team, at that point thoroughly involved in the first months of Sesame Street, created several puppets and provided patterns to be included in the magazine. The idea was that readers could make their own puppets and perform Jerry’s play. The story was typical for the Muppets: a grouchy guy, Mr. Figg, tries to scare two innocent children with a gift of a monster (the Blatch), but it backfires when they befriend the Blatch and endear themselves to Mr. Figg. Taming monsters and calming angry characters was at the heart of many Muppet bits done on variety shows in the 1960s. The innocent children appeared repeatedly in these bits and in Henson commercials, always getting the upper hand.

Jerry Juhl and Jim had been working together on a Christmas special for years, and this magazine script captures some of the feeling of that project. Starting in 1963, they developed a story that combined traditional characters with monsters and put a happy Christmas in peril. Originally titled The Witch Who Stole Santa Claus, it eventually evolved into The Great Santa Claus Switch and was produced for television in 1970, a year after the Women’s Day piece. While it didn’t have a Blatch, it did have villainous creatures called Frackles, Thig and Thog. Whether for a television special or a children’s puppet play, Jerry and Jim, avowed fans of Lewis Carroll, clearly enjoyed creating these imaginatively named characters. 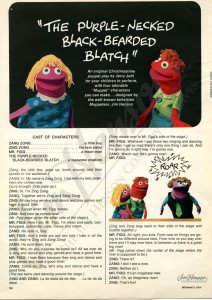 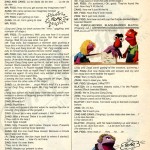 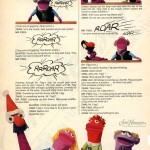 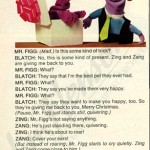 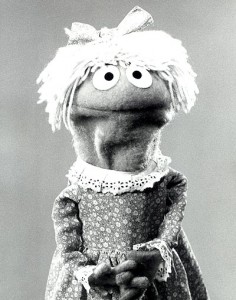 An innocent little girl Muppet who vanquished monsters and witches on variety shows and in commercials throughout the 1960s. 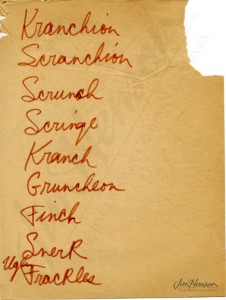 Jim’s list of potential villain names from The Witch Who Stole Santa Claus, 1963.