In 1977, Jim agreed to collaborate with British fantasy illustrator Brian Froud on a film featuring Brian’s design work – The Dark Crystal. Over the five years it took to make the film, dozens of artists spent countless hours drawing, sculpting, molding, sewing, painting, incising, inventing and creating the fantastic characters, costumes, flora and fauna that populate the extraordinary world envisioned by Brian and Jim. Beyond the images on the screen, Jim sought ways to showcase his team’s craftsmanship. One of the most ambitious of the side projects was The Dark Crystal Clothing Collection, meant to celebrate the distinctive costumes and graphic elements in the film. It was also a way to keep the costumers in-house and busy during the post-production process so that they would be available for future Henson projects.

According to the press kit, Jim’s motivations were two-fold: “A desire to see the beauty of the film transposed into another creative medium; and, to acknowledge the strong influence that film has always had on fashion.” He commissioned the London-based design team working in his Creature Shop to create a “dramatic haute-couture collection” that reflected the “style, richness and jewel toned color” of the film. Forty pieces, priced between $500 and $1,800, were created in limited editions and offered exclusively through Liberty’s in London, Henri Bendel in New York, I. Magnin in San Francisco, and Sakowitz in Houston. Hand-made with hand-screened prints on silk, suede, taffeta, and leather and hand-loomed knits, each garment or accessory showcased the specific talents of the designers and costumers that had come together to work on the film. The group included Shirley Denney, Ellis Flyte, Val Jones, Lesja Lieber, Diana Moseley, and Cas Willing. Using elements from the film, they designed outfits for both day and evening, along with hats, gloves, belts and jewelry – human-sized projects reflective of the items made for the film characters, but adapted to fashion-forward tastes.

The Dark Crystal Clothing Collection got a lot of attention in the press, garnering a full-page spread in Vogue magazine. The stores went all out to showcase the pieces – Bendel’s in New York gave over their Fifth Avenue windows to the collection. The manikins wearing the outfits there were placed in environments that looked like the Dark Crystal sets, and creatures from the film were posed alongside them, making for a traffic-stopping display for window-shoppers. In the end, the collection did not sell well, perhaps a little ahead of the fashions that would become popular in the mid-80s. But the designers remained together as a team, and all but Diana Moseley stayed on to work on Labyrinth. 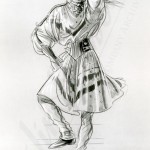 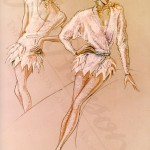 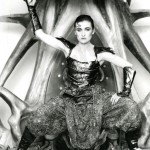 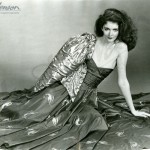 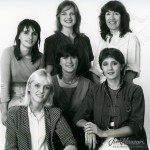 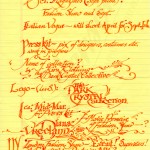 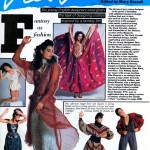