October of 1967 was a busy month for Jim, juggling an Ed Sullivan Show appearance, the Cyclia nightclub development, and his expansive commercial work. He made two more commercials for La Choy featuring Delbert the Dragon. Seen as a problem-solver, Delbert helped the Sad Bride, a young woman who is eager to make a nice dinner for her new husband but lacks cooking skills, and the Wifeless Husband with hungry children but also with limited kitchen experience. These charming 60-second spots were the final work Jim did for La Choy.

The other projects that month, though for commercial clients, were more reflective of Jim’s experimental film work from the period. Jim’s Bufferin advertisement didn’t have puppets as all but used an idea that he had been working on for several years called “The Organized Brain” – creating images and sounds that reflect the inner workings of the mind. In the spot, a man’s pleasant memories of a picnic are interrupted by his memories of a headache which was, of course, eradicated by a dose of Bufferin. An actor portrayed the man, but his thoughts are in Jim’s voice, and the children are Jim’s daughter and son, Cheryl and John. The electronic soundtrack for the commercial was one of several collaborations between Jim and composer Raymond Scott, using his custom synthesizer to create the sound.

As part of his work for IBM at the same time, Jim created a fast paced sales film called Paperwork Explosion to market a new word processing technology called the MT/ST. A collage of images and voices featuring IBM engineers and office workers extol the virtues of the new machine and its potential for modern business. Another Raymond Scott music track underscores the energy and urgency in the contemporary workplace and helps to celebrate the possibilities presented by new technology.

See Jim’s Bufferin commercial and his film “Paperwork Explosion” made for IBM. 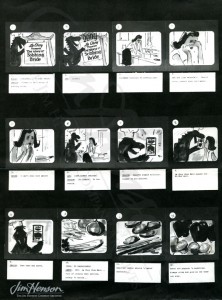 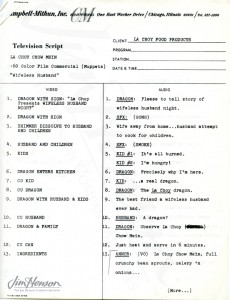 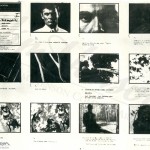 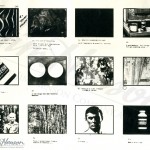 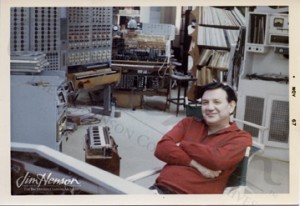 Jim’s photo of Raymond Scott and his synthesizer taken while producing the Bufferin commercial soundtrack, 1967.