At the beginning of September 1963, Jim got an intriguing letter. A production house in Puerto Rico, Delta Films, working with the San Juan office of advertising giant Young & Rubicam, was interested in hiring Jim to make some commercials for them. Despite debuting that month on The Jimmy Dean Show, Jim jumped at the chance. Having never been to the Caribbean, a trip there with his colleagues Jerry Juhl and Frank Oz (who had just moved to New York the month before) sounded like fun. To make it work, Jim reduced his regular fee to come close to matching the market rate in Puerto Rico.  The rep at Delta, Akos Litsek, was delighted, noting in his next letter that even though the cost was still high for them, they were confident that increasing their budget to meet Jim’s price would be worthwhile.

A flurry of correspondence commenced. Litsek sent sample storyboards featuring existing characters already associated with their local brand. Jim and Don Sahlin set about remaking a fox, chicken and bear puppet with a similar look and suggested various existing puppets to fill out the cast. These included the Princess, King, and Prime Minister from Jim’s unsold pilot Tales of The Tinkerdee refitted to play the roles of Doña Lola, a grocer, and a banker. Jim and his team built props, including an unwieldy shopping cart, compiled lists of materials that Litsek would need to provide, and made reservations on Trans-Caribbean Airlines.

After taping the weekly Jimmy Dean Show on Oct. 24, 1963, Jim, Jerry and Frank rushed to the airport to catch a late-night flight, landing in San Juan at 2:30 AM. Over the next three days, they filmed eight 20-second commercials, lip synching to an existing Spanish track, and managed to find some time to relax on the beach. The client was pleased, and in January, Y&R reported that they wanted to use three spots in Trinidad, too, necessitating translation into English.  Jim rented studio time in New York and dubbed the dialogue. Despite offering a discounted rate again, Jim cared about quality. Jim explained to Litsek when he sent the audio reels, “In all the spots we were forced to make a few changes to get the tracks to match picture. Mostly this involved adding words here and there.” For Frank Oz, a nineteen year old used to the cold Pacific near his California home, the most memorable part of the trip was the warm Caribbean water. 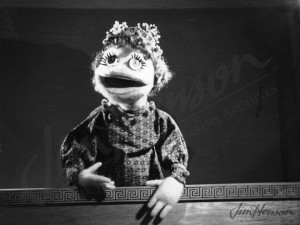