With the success of Fraggle Rock and the productive partnership established with Marvel Animation responsible for the much-lauded Muppet Babies show, it is no surprise that Jim’s creative team decided to work with Marvel to produce an animated version of Fraggle Rock. Development began in the fall of 1986 with much back and forth between the Henson team (Jim, Larry Mirkin, Jocelyn Stevenson, Karen Barnes, with Michael Frith in the lead) and the group from Marvel, Mike Joens (producer) and Cynthia Friedlob and John Semper (story editors). There was a concerted effort to be true to the original series, representing the characters appropriately and creating storylines reflective of their world. The target demographic was slightly younger, but otherwise, the team approached the animated show in a fashion similar to the puppet version.

Michael Frith, working with Friedlob and Semper, oversaw the creation of an extensive writer’s bible, and he worked intensely with the animation designers to establish the look of the characters in their animated form. Marvel’s team produced dozens of story premises that circulated to the Henson team to ensure fidelity to the characters. To that end, pages of “known facts” about Fraggles were compiled starting with a short list of things that Fraggles do NOT do. These included lip synching to popular songs, “save the universe from Venutian death clouds,” and “…shrink, grow, disappear or transform into magic trolls, adolescent werewolves or various modes of transportation.” The most important thing to know about Fraggles? “Fraggles are funny! Fraggles are entertaining!”

With great care, twenty-six stories coupled into thirteen episodes were produced, and the first aired September 12, 1987 on NBC as part of a Saturday morning block with Muppet Babies. A decision was made that the puppet version of Traveling Matt would host, and wrap-arounds were taped that fall. Unfortunately, NBC lost confidence in the series and it was cancelled after the April 9, 1988 airing. Given the hundreds of hours of effort put forth by Michael Frith and his team, they were naturally disappointed. Fraggle Rock Animated is available to fans on DVD and the stories and visuals have been incorporated into a fun app Fraggle Friends Forever. 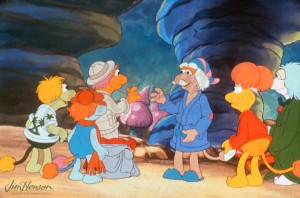 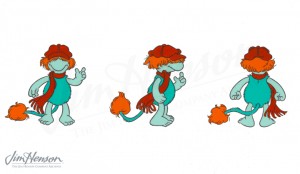 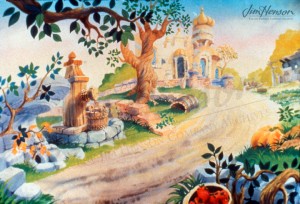