Having dabbled in combining contemporary music with creative imagery in the late 1960s for both his Cyclia and Youth ’68 projects, Jim was naturally drawn to the innovative work being done in the early 1980s on music videos for the cable channels MTV (launched in 1981) and VH1 (launched in 1985). Admiring the visual effects and creative storytelling, Jim tried to take a similar approach with the musical sequences in Labyrinth, filmed in 1985. When development began on his Storyteller series, Jim sought out some of the young directors of these videos to bring a vibrant and engaging look to ancient stories from the oral tradition.

An obvious candidate was Steve Barron who Jim drafted to direct the pilot episode, Hans My Hedgehog, and later episodes Fearnot and Sapsorrow. Perhaps best known for Michael Jackson’s video of “Billie Jean”, Barron directed the performances of a huge range of artists from Sheena Easton and Joe Jackson to Dolly Parton and Madonna. With parents in the UK film business, Barron had grown up on sets and early on assisted cameraman Peter MacDonald on major films like Superman and A Bridge Too Far. He got involved in the music industry through a documentary project with his sister, leading to the video work, and in the mid-1980s, began working on films and television.

With Jim and David Bowie, Barron directed the videos for two Labyrinth songs, “As The World Falls Down” and “Underground.” In 1990, he directed the first Teenage Mutant Ninja Turtles movie that featured the work of Jim Henson’s Creature Shop. Other Barron collaborations with Jim Henson’s Creature Shop include the 1996 film, The Adventures of Pinocchio, Merlin, a mini-series for the Hallmark Channel in 1998, and the 1999 feature film Rat. For The Storyteller, Barron was clearly a good choice. Television writer Matt Roush gushed in USA Today that The Storyteller was, “…surely one of Jim Henson’s finest moments on TV.” Critic Tom Dorsey wrote, “The Storyteller is a work of art…it is beautifully conceived and carried off.”

Learn more about Steve Barron and the period leading up to the Hans My Hedgehog shoot. 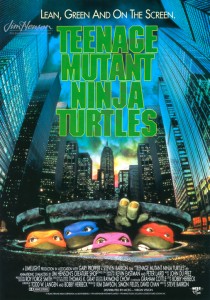 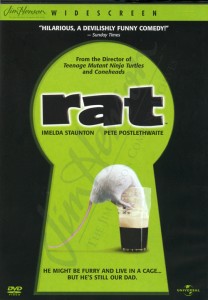 DVD cover for Rat, directed by Steve Barron and produced by the Jim Henson Company.