Jim was financially successful very early on, but money was not his primary goal and he generally plowed his profits back into his work. He liked sports cars, however, and allowed himself that small extravagance. It was relaxing to drive, and Jim had a succession of small, speedy cars over the years. He had a Thunderbird in the 1950s, two Porsches in the 1960s, a Jaguar in 1973 and eventually a BMW and a Lotus. Learn about the various cars that Jim drove, including the station wagons for cross-country trips. 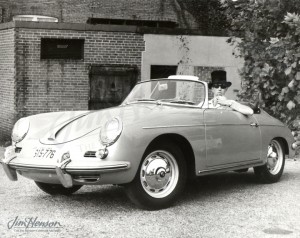