The Henson family had many friends in the puppetry world and socializing with this very warm, inclusive group was an important part of family life. During the summer of 1973, Jim and Jane’s good friends, puppeteers Allelu and John Kurten hosted German puppeteer Albrecht Roser at their Hudson Valley home. Jane’s father had passed away so Jim took their children himself over to the Kurtens’ to see Roser. Later in the month, the entire Henson family had additional opportunities to visit with Roser and the Kurtens. 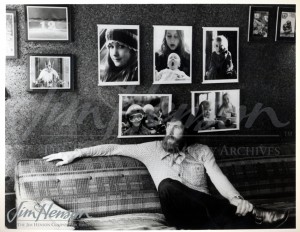 Pictures of Jim’s children were featured prominently in his office in the 1970s.