Jim first worked with British television impresario Lord Lew Grade when the Muppets appeared on a Tom Jones special taped in London in 1971. Two years later, Jim was back in London taping Julie [Andrews] on Sesame Street at Grade’s studio, and Grade’s company produced the Herb Alpert special in 1974 that spawned Miss Piggy and made it clear how well Jim’s characters worked on television. Grade financed The Muppet Show, producing it at his studio outside London and got it on the air around the world through his global distribution network. He underwrote Jim’s first two Muppet feature films and helped Jim realize his vision for The Dark Crystal. Although they were from completely different backgrounds, Jim and Grade easily found common ground and became close. Grade believed in Jim and proved it with his wallet, and Jim was extremely appreciative of the support. When Grade was honored at a formal dinner in 1977, Jane Henson joined Jim in the UK to attend and celebrate their friend. 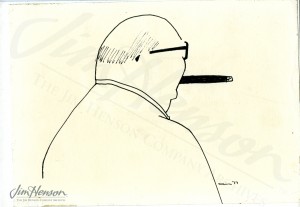 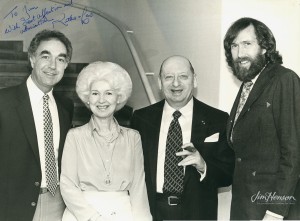 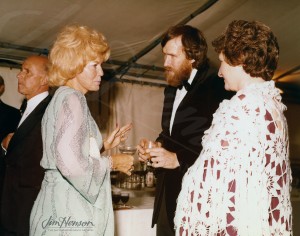 Jim and Jane Henson at the Lew Grade dinner, 1977.