During 1964 and ‘65, Jim’s calendar was (as usual) really full. He was making regular appearances on The Jimmy Dean Show and traveling with the country singer to live performances around the country. The Muppets’ commercial work was extensive, hawking products from Toronto to Puerto Rico, and ranging from eight-second spots to 30 and 60 second spots and longer industrial sales films. The Henson family was growing with the birth of Jim and Jane’s fourth child, he and Jerry Juhl continued to try to develop a fairy tale long-form television special or series, and Jim’s characters were popular visitors to TV variety shows. Jim also managed to find time for his forays into experimental filmmaking.

Jim took advantage of The Jimmy Dean Show’s summer hiatus to start production on his ambitious short, Time Piece. This 9-minute live action film was shot from a storyboard Jim had produced with no dialogue, featuring a man in various abstract situations running from time. He gathered his production team together which included Jerry Juhl, Don Sahlin, Frank Oz, his secretary Carroll Conroy (who would do costumes and make up) and a young producer borrowed from Dean, Diana Birkenfield.

Half the fun of filming Time Piece was tracking down the right location and finding a time to shoot there. Jim’s small crew could work only when the locations would be clear, often without permits. Frank Oz remembers, “We didn’t shoot in the middle of the day; we shot early in the morning…early on a Sunday. We just got the shot and got out!”

They spent the bulk of the summer of 1964 working on the film and continued over nights and weekends to get the additional shots, the music track, editing and credits done. Jim was ready to show it to his friends and family a year later with a private screening at the Museum of Modern Art. 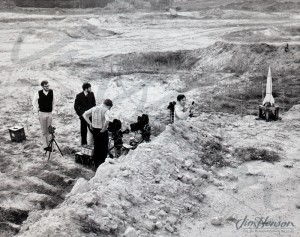 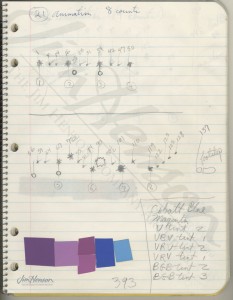